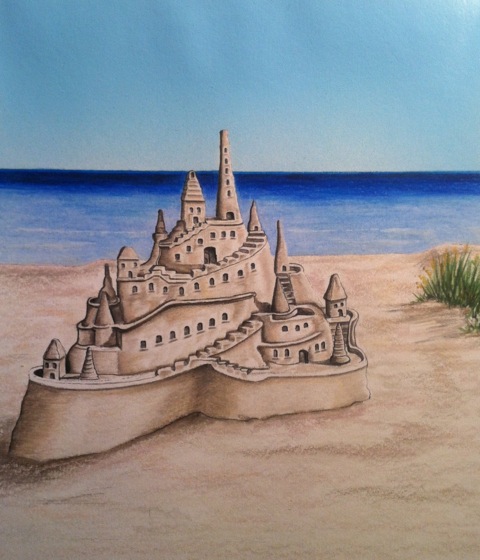 Think you know about poetry readings?

A June prescription good for no one.

Yet that was mine of late, until I remembered.

I am the daughter of Marion and Alex, original big gulp of lifers,  jaywalking with cane and careful steps slicing across Bloor Street—even as I protest wait, be careful!— eager as they are, as I am, for what’s ahead.

We were there to hear the Griffin Poetry Shortlist winners read from their nominated books.

This is easily one of the perfect nights of early summer. Koerner Hall is an architectural and acoustic wonder. In the seats are writers-emerging, aspiring, renowned alike— publishers (yes, they exist-still), readers, hipsters, and wanderers, hoping to clear the circus of Toronto away to breathe in something new.

The nominees have ten minutes each to read and wow us.

One poet suggested the air in the room was just ordinary air until the poets spoke and then, it became extraordinary, fortified now with poetry.

Inhale deeply. Forget your lists and mayhem. Instead, discover.

Sue Goyette’s book Ocean is now on my bedside table, reminding me of that night of goosebumps. 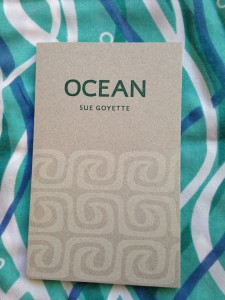 The Nova Scotia poet didn’t win the big prize the next day, but her work is miraculous yet. In a series of connected poems, Goyette has explored our relationship with the ocean in a funny and poignant voice, rich with innovation and craft.

Titled ONE through FIFTY-SIX, Goyette’s book, from Gaspereau Press, is the kind of work that shakes everything you’ve read before about the ocean, epic tomes and salutations pushed aside.

“Goyette’s offbeat cast of archetypes pronounce absurd explanations to both common and uncommon occurrences in a tone that is both cautionary tale, part creation myth and part urban legend.”

Here is a sample. See why I am now spellbound and counting the days (50 more sleeps) until I get my own feet wet again.

The trick to building houses was making sure

was growing more sophisticated and occasionally

its appetite was unwieldy. It ate boats and children,

Hammers. It ate promises and rants. It snatched up

names like peanuts. We had a squadron of cooks

specifically catering to its needs. They stirred vats

of sandals and sunglasses. They peppered their soups

with pebbles and house keys. Quarts of bottled song

were used to sweeten the brew. Discussions between

preschool children and the poets were added

the cart to the mouth of the harbour. It would take four

of them to shoulder the vat over, tipping the peeled

promises, the baked dreams into its mouth.

And then the ocean would be calm. It would sleep. Our mistake

was thinking we were making it happy.

From Ocean by Sue Goyette