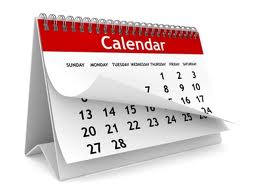 The cultural map of 2013 is dotted with hot spots, and one with special meaning for me.

Grab your calendar, some vino, and begin planning!

On my wish list? Lots of theatre and here are my bets.

Their global phenom, The Warhorse, has surely earned curiosity for the next collaboration of director Tom Morris and South African puppeteers Handspring. This time, they’ll tackle Shakespeare’s Midsummer’s Night Dream and London audiences get the first look beginning February of this year.  Also in that city, from the brilliant mind of playwright John Logan, who wrote one of my favourite plays of the last decade, Red, comes a new script set in 1932 called Peter and Alice. That would be JM Barrie’s Peter Pan and Lewis Carroll’s Alice in Wonderland or at least the real-life characters who inspired those classics. Ben Whishaw, last seen breaking hearts in Cloud Atlas, will star opposite Judi Dench, last seen stealing the scene in Skyfall, beginning March 9th. Still in London, Helen Mirren returns to play the Queen in The Audience beginning February.  Philip Pullman, writer of one of this household’s favourite series The Golden Compass, will see the world premiere of the stage adaptation of his look at the Cinderella story, I was a Rat.

On this side of the Atlantic, singer Sheryl Crow will make her Broadway debut in April when she stars in director Barry Levinson’s musical adaptation of his classic 1982 film, Diner. Kathleen Marshall will direct. Game of Thrones star Emilia Clarke will try to get audiences to forget Audrey Hepburn’s version of Breakfast at Tiffany’s as Clarke takes on Holly Golightly in a new version of the Truman Capote classic. This production will return the story to its original setting of New York during the Second World War and opens March 4th. Alec Baldwin returns to Broadway to play a mob boss kidnapped by his brothers in Orphans.  Shia Labeouf will play one of the brothers in the show opening in the spring.

Cyndi Lauper teams up with veteran Harvey Fierstein for her first Broadway musical Kinky Boots about a shoemaker who makes fetish footwear for drag queens to save the family business.

Fortunately, I don’t have to travel to either London or NYC to see brilliance on stage. Here in my hometown, creative genius Robert LePage will create a new production of his acclaimed one man show, Needles and Opium, an exploration of the link between creativity and addiction, opening in fall of 2013 at Canadian Stage. Soulpepper has my favourite author Charles Dickens on deck with Great Expectations but the big ticket there may be Tony Kushner’s powerhouse two parter, Angels in America, opening in July with both parts directed by Albert Shultz. Des McAnuff will mount Tommy at Stratford but the hot ticket there is surely seeing those very hot chicks of theatre, Lucy Peacock and Seana Mckenna, team up for Mary Stuart.

In dance I’ll be waiting for the male stars of the National Ballet of Canada to strut their stuff in Nijinksy which, says the Globe and Mail’s Paula Citron, is going to be thrilling.

“The great Neumeier has built his ballet about legendary dancer Vaslav Nijinsky (1889-1950) as a dream-like, lyrical, impressionist painting. Six men portray the troubled dancer, so a company needs real depth in the ranks. One Nijinsky remembers incidents in his life, while the others, in authentic costumes, perform excerpts from his virtuoso roles. Both thrilling and tragic.”

On the big screen, there are too many goodies to list here but I will be writing about them all in the coming months.  TIFF begins Canada’s Top 10  today in Toronto and I’m thrilled that audiences will have another chance to see one of my favourite picks, Rebelle, from TIFF 2012 included in that list. It plays Tuesday night at the TIFF Bell Lightbox.

Sundance also has the directing debut of musician Dave Grohl (Foo Fighers, Nirvana). His film, Sound City will look at the famous studio in Los Angeles where artists like Fleetwood Mac, Neil Young and Tom Petty made music for 40 years.

Also at Sundance comes Before Midnight and what may or may not be the final instalment of director Richard Linklater’s trilogy that began with Before Sunrise in 1995. This time, stars Ethan Hawke and Julie Delpy reunited in a highly secretive shoot in Greece. Two decades have passed since their characters first met on a train bound for Vienna. The trilogy has garnered a rabid fan following. (I’m with them.) If you haven’t seen Before Sunrise ( ow budget, low expectations) or Before Sunset (bigger budget, high expectations) then hibernate for the weekend and rent them both. See why I can’t wait to find out what’s next in this romantic journey. Following the premiere at Sundance, Before Midnight (huge expectations) is sure to be released sometime in 2013. 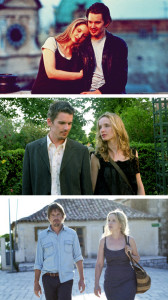 Travel agents in Greece too are anxiously awaiting this film’s release. They’re hoping a much needed bump in travel will follow after fans see these two wandering that gorgeous country.
Director Linklater himself found the location to be intoxicating.

There’s something I like about the ancient qualities of Greece. It’s so old, it kind of resonates just by being there, in a way. There’s nothing we can experience or think about that the Greeks didn’t already deal with, because anything to do with the human psyche, the human experience, it has been philosophized about. To be somewhere that predates Christianity…

The location resonates with me too.

That chapter, known in these parts as the Greek islands fiasco, was where I said yes.

You try saying no in this location. 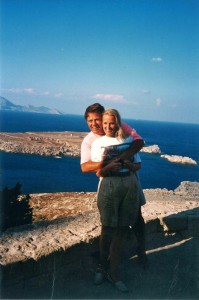 It’s winter today in Toronto but I painted my toes bright red this morning anyway: I would still say yes. 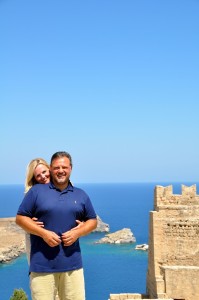 0
It is more fun to think of the possible
Just how mad for Downton Abbey can you get?