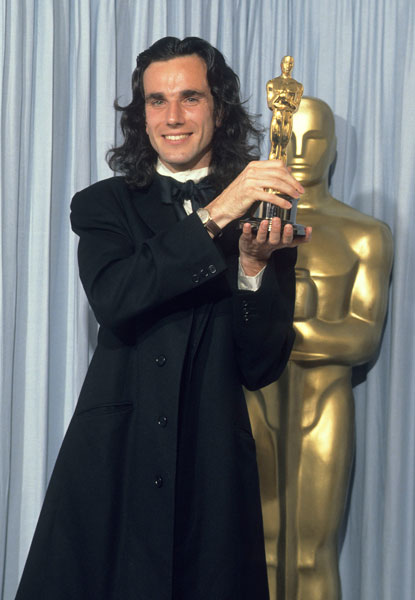 The success of a film, or other collaborative art form, depends upon an assortment of elements that produce magic. It is impossible to say one element is more important than another.  Yet real balance remains elusive. What stood out when the lights went up?

Here is the third in a series of snapshots of Oscar nominated performances and films: Daniel Day-Lewis in Lincoln

He was my first adult screen love. I was studying film when I wasn’t flicking cockroaches off my clock radio in a basement apartment in the McGill student ghetto. His deep glances, at once terrifying and enthralling, bewitched me.  It was my ear he whispered into, not the ear of French actress Juliette Binoche,  in The Unbearable Lightness of Being.

He was Daniel Day-Lewis and his intensity was just dawning on my green cinematic sense although North American audiences had  embraced him earlier for My Beautiful Laundrette and A Room with a View.  I next saw his brilliance in My Left Foot which won him the first of two Oscars. It was around this time that stories began to appear about the lengths to which the actor would prepare for his roles. He stayed hunched in his wheelchair, off set, while filming  My Left Foot, lived off the land for Last of the Mohicans, in a prison cell for In the Name of the Father.  For many of his films, he remained in period costume for months at a time and insisted crew members treat him off screen as his on screen character.

These details are bandied about with little derision for it is impossible to bestow anything pejorative on this man’s results. 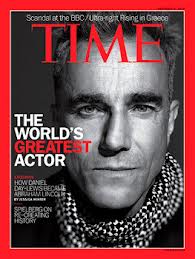 Whatever the method, his madness is ours to behold…and learn from. When I read that he lived apart from his wife, Rebecca Miller, for a period during the shoot for her film The Ballad of Jack and Rose, I understood what he meant about needing that isolation. Most writers do.  I have never been great at juggling interests as my home office mess would indicate.

( See why here) I get his kind of passion, if not his results.  There is a perfect stillness in surrendering to one’s art. Yet, creating single focus is but a dream for most of us. Instead, we bounce between stations and deliver mere mediocrity. What Daniel Day-Lewis tells us is that superlative art is possible only when you dive deeply and fully. Upon completion, bubble up for air and gasp.

Gasp we do as accolades and awards have attached themselves to the actor and this Sunday will likely see him win his third Oscar for his role as Lincoln. In the film, Day-Lewis experiments with voice so miraculously that his performance transcends what most of the competition believes to be acting. Hearing the actor unravel the mystery of finding that voice is a rare delight. In the shallow sham of Hollywood soundbite, Day-Lewis stands out like a rare orchid.

I will be applauding his name Sunday evening.

Until then, listen to this interview with the actor and Lincoln director Steven Spielberg. from ComingSoon.net.

0
A flame in two cupped hands
Get a better mirror