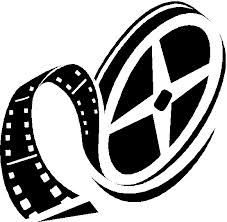 I just got word of a new national home video contest. Big bucks are set to be paid out by a big bank for your best home movies. My lopsided shoulders thank you.  Who’s the genius now for bringing the camera bag along?

But wait. Rules state No editing. No added music. No effects. And I was so close… 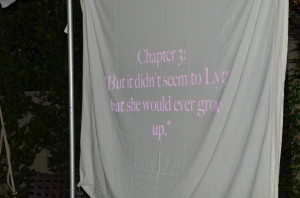 I’m all for cinema verité and minimalism. Some of my best stuff comes from pressing RECORD on kids’ conversations. Hold on, we’re talking home movies here. Just how precious can any one kid be, bouncing on the trampoline before you’re playing the mad lady, digging in her purse, on the hunt for Advil?

Editing that bounce lends instant drama. Speed up the jumps and Junior becomes one of the Three Stooges. Family gathered, forced to sit through another home video screening, are laughing instead of politely clapping and giving what my spouse calls the “grin-fuck”.

Slow it down and the kid’s jump become a metaphor for childhood itself. Instantly, you’ve achieved auteur status.

Think of the travelogues we could be forced to sit through. Here is me at Disney World. There’s a really funny scene coming up. Wait for it… OK, it’s coming any minute now, no, don’t get up, you’ll miss it…it’s coming after this part...

My first inklings of editing genius came in film class at McGill, but it wasn’t until I sat down beside an editor, after a day’s shoot in the field, that I honed a deep appreciation for the craft. Daily television news requires heroic speed from those who churn it out and no one deserved my gratitude more for the shit show I often dumped on their desk than the editors. Like bartenders and hairdressers, they sidelined as therapists.  I didn’t go to school for broadcast journalism or J-school. I learned on the job. Yup. That would be groaning you hear. Except, for the most part, they didn’t. They took my early interviews and made them sing. Patiently nodded at my passionate diatribes about fitting the World’s Best Interview into a 90-second time slot then promptly sliced and diced to make it look, well, good.  Time passed, and I was a working mom, sneaking in home movies on weekends to their edit suites. They got a case of beer. I got a decent looking birthday reel.

These days, I attempt the dicing myself with uneven results. I’ve taught myself some basics and aim to learn more as I go. Still, my efforts will never be close to the craft of those who do it for a living.  It’s what I look for in film shorts or full length narratives, documentaries on the big and small screen. A series of images, cut together just so, are imbued with meaning.

Editing is why people like movies. Because in the end, wouldn’t we all like to edit our own lives? Take out the bad parts, take the focus off the slow parts and look deeper into the good parts?

Here’s a great little toast to the masters. None of these will be new to editing nerds or film students, but they never fail to inspire awe.

As for those tasked with sorting through the contest submissions, I’d lend you my Advil but you might need something stronger.

0
Summer Sammies
Everything is ( NOT) awesome!