Finally: a film for everyone 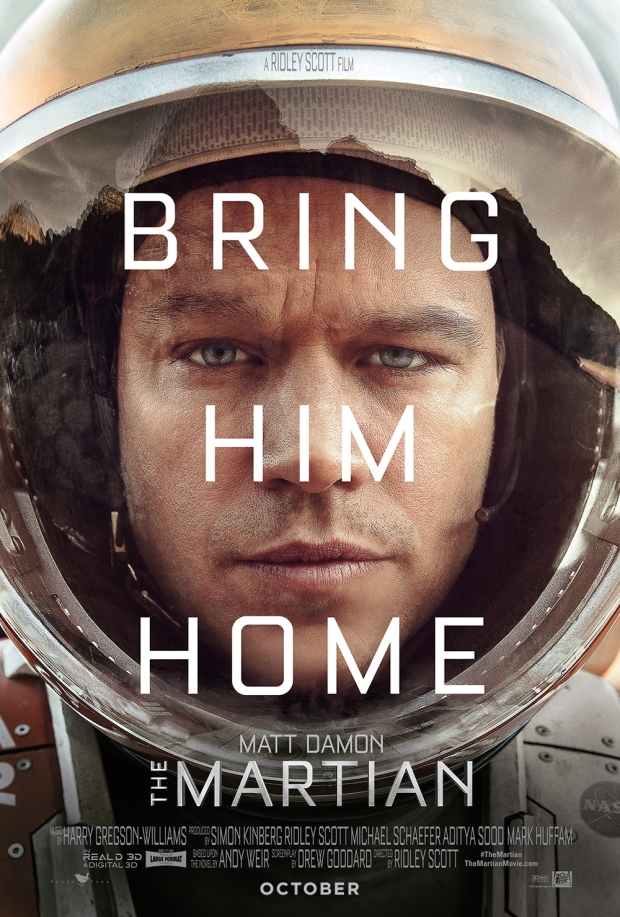 If ever a film made me regret dropping science in high school, The Martian is it. Science is cool, and so are the list of problems solved in this brilliant film.

A long weekend is on the horizon and family activities to plan. If you’re looking to head to the movies, The Martian is the film to see with the whole family (PG rating for 13 and up).

Why? Here’s a rare chance to really cheer. Mired in a national election campaign, we all need a little relief from dressed-up-for-camera smiles and promises.

Root instead for courage. Root for innovation and mind-boggling ingenuity. Root for wonder and imagination. There’s no room for anything but big and broad ambition to bring one man back to earth. I kept thinking about the gorgeous voice of  Michael Burgess,  singing “Bring Him Home” after I saw this. There’s no difference in the depth of emotion. Hidden under all the science fiction is a very human story, a lost-in-space narrative where the only villain is circumstance, in this case a violent space storm.

Want to see generosity of spirit on a global scale? A multi-racial cast that doesn’t feel like tokenism? It’s all here in this story set in the very near future in Mars.

Also wondrous is the lengthy list of credits indicating what it took to put this epic feat of filmmaking together, including various special effects teams, live footage in the Jordan dessert, and GoPro cameras attached to each astronaut as props or in Damon’s case, a buddy confidante.

“I ended up using these cameras in a way I didn’t expect,” reflected Scott. “They became a character in the movie; they were mounted on the astronauts; Matt’s character actually records all of his video logs on them in the habitat. Small details that helped drive aspects of the story forward and gave the world an extra layer of authenticity and familiarity.”

At the helm of it all is Ridley Scott, no stranger to science-heavy material, and the guy behind some of my all-time favourite films, Thelma and Louise and Alien, both notable and early examples of great stories and strong female characters. Scott won a Best Director Oscar for Gladiator and I’m assuming he will be nominated for this one as well. One doesn’t need to be a science geek (although they will be ecstatic ) to enjoy this film. As grounded in science as it is, the story of an astronaut stranded on Mars is still a terrific, at times terrifying, adventure, paced exactly for utmost thrills, even if I did opt out of the D-box seat technology that would have allowed my seat to move in tandem with the action on screen.  (I don’t do rides either. Call me the theme park sherpa: I hold the knapsacks and bags while everyone else heads off for the nausea hit parade).The cast, led by Matt Damon, is excellent, the script smart as hell. Where plausible threads could unravel, the story turns and takes surprising turns.

I’m not giving any of them away here. Go see it for yourself as a reminder of what’s possible. We all need them now more than ever.

0
Hey you! Who me?
Peel me some gratitude