Forget pirates. I want to be a Navy SEAL. 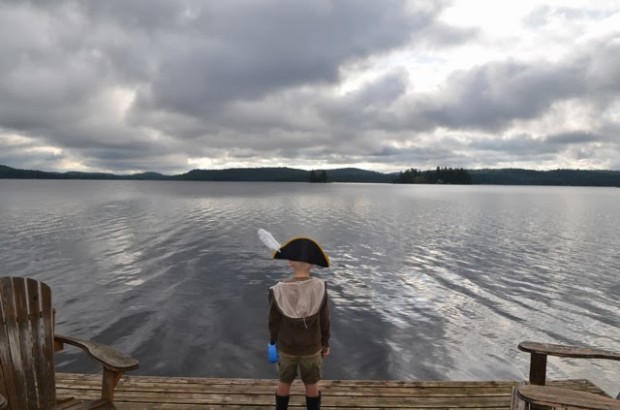 Johnny Depp may have caused a generation to dream about adventures on turbulent seas but the new film Captain Phillips will banish any romance about dashing pirates. Instead, would be pirates, like my nephew Henry (seen above), may well dream of joining the navy. Director Paul Greengrass ( Bloody Sunday, The Bourne Supremacy, The Bourne Ultimatum, United 93) is the king of  moving audiences to the edge of their seats.  His latest, starring Tom Hanks as real life merchant mariner Richard Phillips, delivers on every deck. Stacked up against this season’s other box office behemoth, Gravity, Captain Phillips instead offers terror in very muddy waters. Somali piracy is a serious threat and Greengrass certainly underscores the danger. Yet he avoids reductive conclusions as he jiggles his camera around the story, despite the implied sheer awesomeness of the US navy.In 2009, Richard Phillips was bound for Kenya when he was kidnapped by Somali pirates. What really happened is the subject of legal wrangling as crew members claim the real captain acted negligently. That is not the story of this film,  adapted from “A Captain’s Duty”, written by Phillips and Stephan Talty. Here, Phillips is the careful, concerned leader who sacrifices himself to save his crew. And who better to play our hero than Hollywood nice guy Tom Hanks who may just score himself another Oscar nomination with this nuanced performance. Trapped in a claustrophobic life vessel with a gun to his head, Hank’s eyes are our own as he sympathizes with an injured pirate youth ( who speaks English mysteriously in one sudden moment-an error I can’t figure out) and attempts to reason with the pirate captain Muse, played with mesmerizing desperation by newcomer Barkhad Abdi.

Rooting for Phillips from the start, we watch as he begins a risky voyage through the Gulf of Aden, double checking security on his ship and performing safety drills to sharpen his crew. Midway through the drill comes a small band of armed Somali pirates who board the ship and demand millions. The second act involves a tense cat and mouse game as Phillips tries to outwit his invaders. Greengrass touches briefly on the motivation of the pirates but any real shading comes in the film’s third act which could be mistaken for an ad for the US navy but for some fantastic scenes between the two captains, Phillips and Muse. Here we can perhaps forget about villainy and see instead a sad, struggling band of impoverished soldiers, acting on demand for warlords waiting on the coast. Greengrass offers no answers. We are told at the beginning, in a lame bit of dialogue between Phillips and his wife as she drives him to the airport, that the world is changing, that there are fewer jobs for their children, that the forces of globalization are upon us.
Take that silly, arch conversation out of the film and I’d give it a near perfect score.  Is the story accurate? Does it matter? As a piece of entertainment, it is thrilling.  Will there be a backlash?Undoubtedly from the left, who will whine about the military glory and from the right, who will suggest Greengrass was too ambiguous.  But there is no uncertainty about Hanks and the rest of the cast who are terrific. Besides, I admit a bias for the open water. There is always adventure on the high sea. Am I right, Henry?