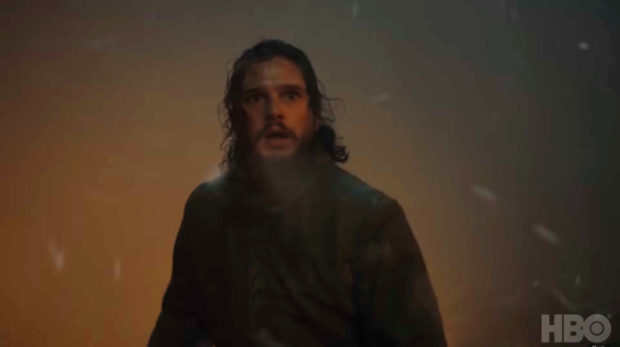 Next Sunday’s Game of Thrones episode, known by those who made it as The Long Night, took 11 weeks to shoot, all at night and will be the longest episode in Game of Thrones history. According to Collider, it will also feature the longest continuous battle sequence ever put to film. I will need fortification to watch it, unlike last night, where I nursed my sadness over my favourite hockey team’s playoff loss, with a belly full of mini chocolate eggs.

Next week is Greek Easter where my inlaws and their relations will eat (delicious) lamb. Wine will be my main course if I am going to watch beloved characters fall to the White Walkers.

I loved this past Sunday’s episode of Game of Thrones. It was epic without all the touted violence to come, epic because Brienne was knighted and her smile that followed was the best thing on the small screen this week even if you lined up all the hats in the Easter Parade movie I watch every year. There just isn’t that kind of moment on what is increasingly garden variety Netflix. Sorry binge watchers. That moment comes after deep investment by millions of fans and all those HBO creatives who make magic. Epic because Sam and his sword hand over, giving question to the fan theory that he will survive the battle at Winterfell and be the scribe who captures all of this story for future generations. Epic because little Arya finally got some (nookie). Epic because characters sitting around a fire musing about their death offers chances for scriptwriters to bring powerful poignant pauses to what has always been a horrifying violent series. Epic because it ended with Florence and The Machine’s Florence Welch singing over closing credits.

Who is your favourite character? How do you see the show ending?

0
what remains
While we wait for Spring...theatre is always there.