Make me laugh and I’m yours 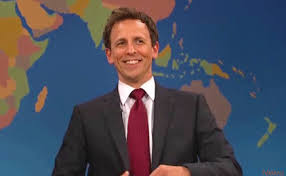 I’m looking for a good spring tonic. Comedy is the easiest reach, done up by some cute dudes, even better. I married a funny guy so let’s just say I’m partial to cheek.

Howlers. Christopher Guest makes movies that make me howl. His films present the everyday eccentric, the kooks and losers, the wacky side of mundane that makes up much of modern living.
Best in Show is best of the lot. I can see it again and again and still be on the floor.

Now, Guest has collected some of his regular comic talents for a new, eight week TV series, reported here earlier, that debuted this week on HBO.   Family Tree follows an earnest Chris O’Dowd as he begins a genealogical journey. With Guest involved, expect an odyssey of oddballs.  The genius of Guest is capturing the crazy we all recognise in one another. Family Tree airs on Sunday nights on HBO.

Of course, popular culture is rife with mockumentary shows which Guest pioneered. One of them, The Office, first appeared as a British series starring one of Guest’s good pals, Ricky Gervais. This week the American spin off will say goodbye on Thursday night after nine seasons. The series made a star out of several of the cast including John Krasinski, who tried to go incognito in a baseball cap in the row in front of me at a TIFF screening last September. No luck there pal…sexy can’t hide. Here he is on Jimmy Fallon last week, looking fine while being goofy. Nice, that.

Finally comes news that Saturday Night Live Weekend Update anchor Seth Myers will take over hosting Late night from Jimmy Fallon, who will be moving onto the Tonight Show in 2014.  As head writer for SNL, Myers has the chops for the job. He also has the balls to shake things up as he did skewering some big names at the White House Correspondents’ Dinner in 2011.

The dimples are a nice touch.

0
the mother you need
Emma Watson grows up