Denzel, Will and Frozen Chocolate 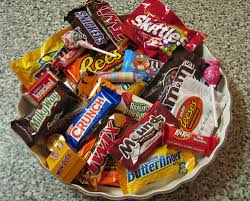 The Big Storm has moved on and somewhere, an enterprising artist undoubtedly is scrawling out another disaster screenplay based on Hurricane Sandy. The result will belong to a long tradition of severe weather plots on the big screen. For those who spent the week, like my dear pal in New Jersey, quarantined with kids and few diversions, I offer here a cinematic slice of Mother Nature’s wrath.  Dorothy’s tornado is tops for me but seeing my man Clooney face a colossal ocean wave still delivers the chilliest chills.

The clamour from Star Wars fans created an Internet storm of fury this week when Disney announced it is buying Lucasfilm for $4 billion and producing a new slate of Star Wars movies.
Relax, geeks. The franchise will survive.

(The franchise is modern folklore)

I can live without Star Wars but my world will always have a place for Denzel Washington who oozes cool in most of the intricate portraits he has created on screen. Can we root for a coked up, alcoholic pilot? Sit through a terrifying, nail biter plane crash scene?  See past the pot-bellied and doughy exterior the actor adopts for his latest from Robert Zemeckis, “Flight”?

Look for me there in the audience this weekend.

Hard definitions turn me off so kudos to Canadian writer Will Ferguson who won the very nifty $50,000 Giller prize this week by thumbing his nose at literary boundaries. Ferguson’s dark novel,419, is seen as a departure by those who know him only as the humorist and three time winner of the Stephen Leacock Medal. Ferguson also loves travel writing which gets him out of his writing cave.

(Keep Smiling Will: You won!)

Admit it. You don’t know what to do with leftover Halloween candy.

2. Donate to your favourite charity.

3. Stick the mini chocolate bars ( devilish little gems) into the  freezer. I know a few relatives who will go through a whole bag of frozen bars in record time. Yes, those are my people rummaging through the frost. It beats hibernating.

And yes, that was snow I saw this morning.

0
Trashy costume? Yawn.
I LOVE LUCY..most of the time.