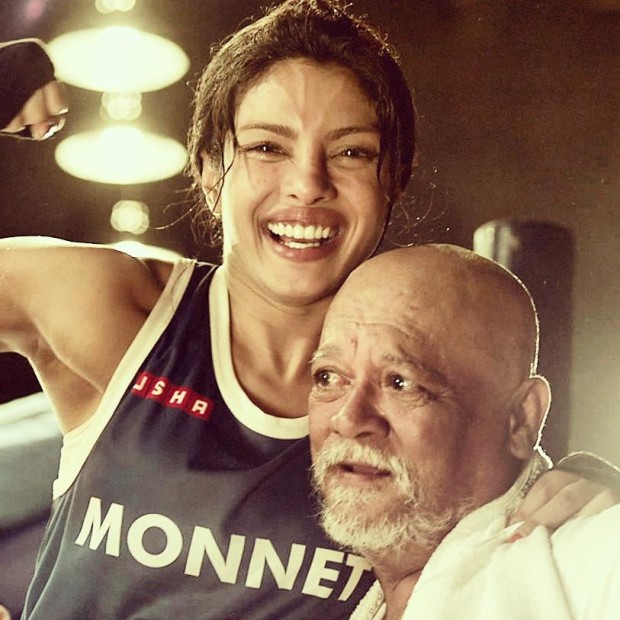 Far from perfect, these films kept me from total slumping in my seat with one or more elements that shone.

Sexy stars Jean Dujardin (the good guy) and Gilles Lellouche (the bad guy) cavort about gorgeous locations in Marseilles in a remake of the French Connection. The only film on my TIFF list that felt like pure escapism, it also stoked my travel lust.

Time out of Mind

For several years Richard Gere nursed this project about a homeless man trying to reconnect with his daughter. Shot in a documentary style, the film follows a rumpled ( but not quite enough) Gere around the streets of NYC. There was not enough drama to keep me fully engaged but I did find the sheer observational style jolted my awareness of my own city streets. It didn’t help that I was somewhat distracted during the screening as Gere sat three rows behind me and damn if he doesn’t look great.

Mary Kom
On the other hand, there was WAY too much drama in this biopic about Indian boxing legend Mary Kom. Too long and overblown but Bollywood superstar Priyanka Chopra was compelling enough to stay, as was the stellar cast around her.

The last three on my list will likely all be at the Oscars if you’re into pools and that sort of thing. The first two feel very much like deliberate Oscar bait.

Predictable, not much of real interest but Robert Downey Jr has enough charisma to carry the whole thing. Except that I kept wondering if charisma can stretch into something with real depth. He hints at it here.

I loved Bill Murray in this so I will excuse the syrupy plot. This one is a crowd-pleaser even it does feel overly calculated. But that cast? Must have been a party on set.

Way too much buzz set me up for this one and I was not moved enough. Mark Ruffalo, always impressive, is the reason to see this film although Channing Tatum holds his own. Yes, Steve Carell is creepy but Jake Gyllenhaal in Nightcrawler is way creepier. Based on the true story of boxing brothers who get involved with sponsor John Du Pont, the film is dark and well crafted but is in love with itself, with too long a prelude to the core story. But it will attract many interested in the dark underbelly of sports culture.

Look for all of these in a theatre near you very soon.

0
Missed TIFF? A field guide for you.
Inspired by masters