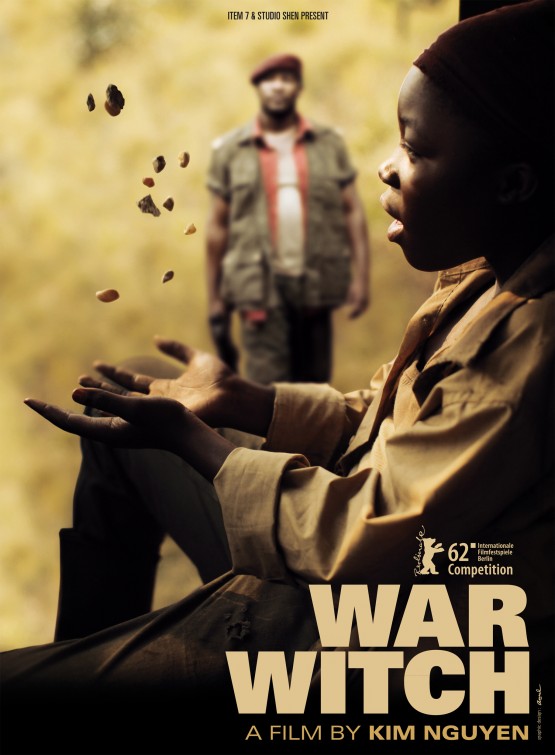 The success of a film, or other collaborative art forms, depends upon an assortment of elements that produce magic. It is impossible to say one element is more important than another.  Yet real balance is elusive.  What stood out when the lights went up?

Here is the first in a series of snapshots of Oscar nominated films: Rachel Mwanza in War Witch.

Canadian news is most often framed in a global context. We learn early on about faraway places and see our own history as part of a larger collective. It is what separates us from our southern neighbours, where news outlines are shaped with no shortage of navel gazing. Our foreign correspondents are among the best in the world.  However, in our literary and film traditions, we have delved deeply into life at home and have only recently begun to tell big stories about the rest of the world.  Canadiana may indeed be rich and Alice Munro is a god to me. But, while literature begins to creep beyond borders, our film industry has been slow to travel.

Films like War Witch are changing the conversation. The French language film is known as Rebelle in French. It is nominated for an Academy award for best foreign film.  Here in Canada, it is nominated for best film of the year at the Canadian Screen Awards. These revamped awards will combine the old Genie and Gemini awards to honour the best in film, television and digital media. War Witch leads the nominations with twelve including best picture, director, original screenplay, and best actress, 15 year old Rachel Mwanza.

She was the stand out element for me when I saw the film at the Toronto TIFF premiere last September.

War Witch was shot in the Congo. It tells the story of Komona, a young girl forced to become a child soldier after being kidnapped by a group of rebel fighters. Mwanza astonished critics at the Berlin Film Festival where she was awarded the Silver Bear award for best actress. War Witch was the first Canadian film to screen in competition in Berlin in 12 years. 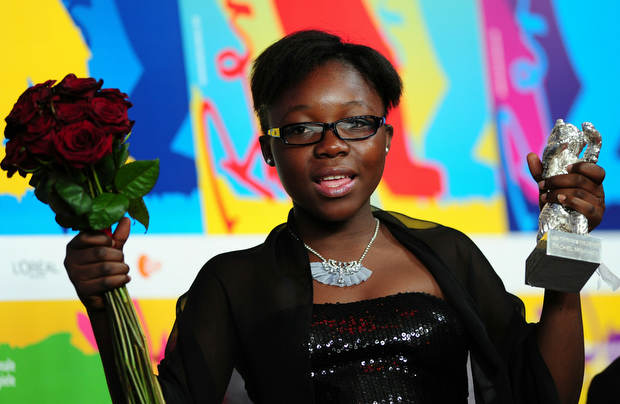 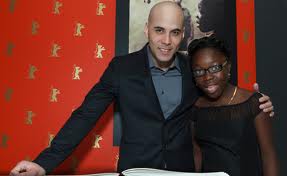 Director Kim Nguyen deserves much credit for finding this talented newcomer. The young actress has had a challenging life. A street kid since the age of 6,  Mwanza was discovered after Nguyen saw her performance in Kinshasa Kids, a film about street kids in the Congolese capital of Kinshasa. Making War Witch changed Mwanza’s life.  She began school and learned to read.

Asked about his young cast at the TIFF Q & A, the Montreal born director said it helped make things easier for them to deal with the violence by shooting scenes chronologically and not letting them see the script.
It took the director ten years to bring the story to the screen, as he told Filmmaker magazine:

“You know, they say that you should talk about what you know and people would say that I knew nothing about child soldiers.

I would say that one must write about what one feels, rather than what one knows.

Research can come afterwards. I don’t know why I was identifying with this character, this child of 12-14 years old whose vision is transformed by the propaganda, indoctrination and drugs. The idea of the film was to project myself into the eyes of this child.

This was the challenge of the film, to write it from her point of view. I think there isn’t a single wide angle in the whole film. They’re always in the background. Everything is filmed from her perspective.”

It is a heavy load to carry that perspective and deliver it at the feet of moviegoers.  Mwanza does it with grace. There will be no Oscar for her as she was not nominated.  Academy members somehow overlooked her depth and ability to convey the unthinkable details of this harrowing story with tenderness and courage. But Canadians will hear much more about Mwanza leading up to the two hour broadcast of the Canadian Screen Awards on Sunday, March 3rd.  She and the film represent an exciting new chapter of storytelling of faraway places from a Canadian perspective.

I will be rooting for the film and any honours to come for the stand out performance of Rachel Mwanza.

War Witch ( Rebelle) is now in theatres in select cities across North America and is also available on iTunes.

Next in my series of Stand Outs: Director Ang Lee.

More on the Oscars:  Get over yourself, Oscar pundits!