Bieber: a cliché for our time. 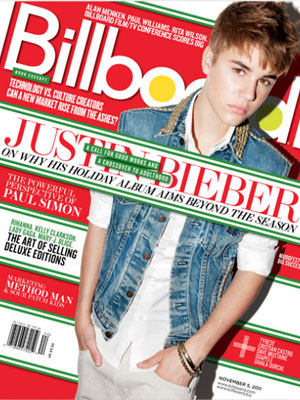 For all the flapping gums over our Stratford busker boy gone wild, the obvious is still only a whisper. Don’t put your kid in show business unless you can be a warrior parent.

Oh, I know Junior is talented. She can really act, sing, pout on cue, and have you seen those dimples? And they want it so much.

Years ago, in my time as a television journalist, I visited the set of a Rice Crispie commercial shoot to interview the director, a seasoned photographer. I watched on set as a photogenic kid smiled prettily at his fake mom as they poured out the cereal to make cookies. Later, I asked the old pro how he found the child and what kind of magic he used to capture such an angelic countenance. I will never forget what he told me. It stayed with me all through the years of raising two clever little imps who danced around my kitchen and forced us to watch one weird and wonderful dress-up skit after another from our exhausted parental couch.

I never use the same kid twice.

Say that again? Don’t they get better with more experience?

Wrong. Whatever special quality they had that got them the job is lost immediately. They are around adults all day long. They learn things they shouldn’t too quickly .What they learn is “when I smile a certain way, I will get praised, or laughs, and perhaps lots of money.”

Staring at the kid, this cherub, I found it hard to believe he was being corrupted on the spot.

Pop culture proved that director right, a few times over.

It is just that easy to rob the thing we loved about the kid in the first place: their childish behaviour.

Instead, what is offered up are affectations of childish behaviour, perfect for the stage and screen but not so when the stage lights are off. What was innocence becomes guile.

The cultural trope is now in play. Talented Junior becomes Star Junior, making more money than all the adults that used to tell him to clean up his room and make his bed. Adults then become his minions, quickly seduced by the astonishing influx of cash and available luxuries. They lose crucial authority and he, in turn, loses all the lessons that come from good parenting, heck, any parenting at all. 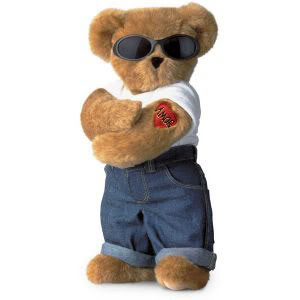 Star Junior then skips over all the very necessary stages of childhood and becomes a prince, and, soon enough, a prick. Nobody can tell him he’s being bad because he is surrounded by adults (who work for him), adults who are dependent on his extravagant income. The higher he climbs, the farther he falls away from regular life where he can screw up and just get a detention. The pressure to maintain that adorable countenance is getting worse every day, but any one of the paid minions will help with various pharmaceuticals to make it go away. In the last little while, Xanax and weed have helped but Star Junior is finding it harder and harder to show the crush of fans that he is their God. Tonight, Star Junior amps it up and tries something stronger…

What’s left is a flame out, or reaching for that other familiar construct, Redemption.  We’ve seen that reel too. Fallen cherub on the talk show circuit, sober, reflective and wearing a new kind of halo.

This is hardly a bedtime children’s fantasy. It is the story of too many child actors and musicians unless they have warrior parents who don’t let them anywhere near their whacked out salaries until they have reached an age of maturity, parents who treat Junior like the other kids in the house and make him mind his manners and do his chores, parents who resist the People cover and the CNN reporters and instead, do ordinary things like playing hide and seek.

What to do with all that irresistible charm?

No one said it was easy. Saying no to your kids is hard and desperate times sometimes means grasping at flashy opportunities.

Lost childhoods are harder. No amount of money can get them back.

For more on children and families, read: