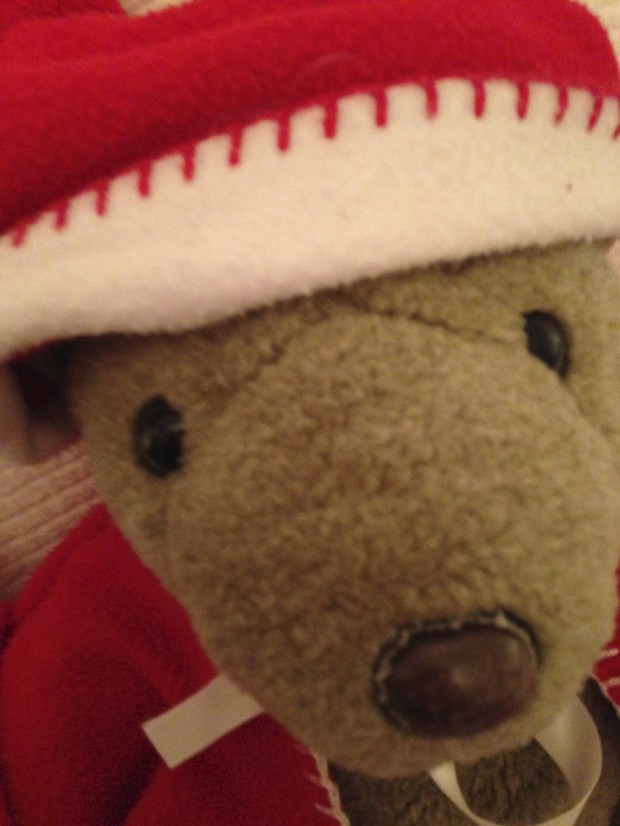 I called my children’s school on Friday afternoon to speak to the security guys working the front desk. I didn’t think much about doing it before I acted. It was purely an emotional response to the school shooting in Newtown, Connecticut that morning.

I want…to thank you guys, for all that you do, I mean..to keep our kids safe, I sputtered.

They thanked me and told me they would take anyone down if they tried to enter the place.

I felt a little foolish after making the call. My kids were safe. We live in Canada. Crime rates are down. This kind of horror happens in gun crazy USA.

That’s what we all do. Tell ourselves it happens elsewhere. But there is no more elsewhere. It is right here, a shrinking global village where the camera is always running and the light is always on. Madmen, once left to their own devices, are inspired by media saturation and plan acts that will outdo the last one. Infamy is guaranteed.

We need a black box onscreen to cover the name or photo of future killers in any news coverage. Keeping their profiles hidden allows us to eulogize the victims only.

We need politicians to wipe away their tears and put teeth into their leadership. Guns kill. Most of the yahoos who think they need a handgun are not trained to use them in emergency situations where they need to remain calm.

We need schools to be built on top of hills and high walls of stone to surround them. Inside, a garden of Eden and scholarly discourse is what students expect and receive when the bell rings every day. Intruders who attempt to climb the stone walls would fall to their death.

We need would-be parents to pass through some kind of wacko detector before they shack up and make babies. For years I have seen an absence of personal responsibility in parenting followed by hand wringing when kids behave abominably. Why are parents allowing their clearly traumatized children to be interviewed on CNN? These were not trained grief counselors, gently allowing children to process the shock, but reporters after a sound bite. We are eating our young, day by day.

We need public funds, earmarked for big prisons, to build big and bright centres instead for the mentally ill.

We need fundraising initiatives for mental illness research to be as strident as anything done for heart and stroke, cancer and diabetes.

I look at my children and know the only answer is to love them harder,  to remember the “worried thought, brave thought” strategy as outlined by Harvard professor of psychiatry, Nancy Rappaport in today’s New York Times.

“We teach kids to counter a worried thought with a brave thought,” she said, and to “know that although the worried thought may come back, the brave thoughts are always there as well.” A worried thought might be “A shooter will come to my children’s school and there is nothing I can do about it,” with the brave counter “School shootings are still rare, and countless people are working to make them rarer still.”

I need brave thoughts. How else can we absorb these horrific acts?

If you’re a thirteen-year-old Toronto student who can’t sleep at night because of all you’ve seen and heard that day, you write a poem.

This was sent to me yesterday by a friend. She tells me her son wrote this to work through his feelings.

We should be handing out pencils and paper instead of guns.

I include it here with his permission.

I cannot even bear

Or get my mind around this

What these little kids had to witness

What they must have thought

What was going through their heads?

How did they know what was going on?

What was done and what was said?

Did the kids see a man in a costume, and to his side, strapped toys?

Were they scared when he walked in the door?

What went through there little minds when they heard the first loud noise?

And their teacher dropped to the floor

These five and four year olds

Six, seven and eight too

What we have been told

Is nothing compared to what they had to go through

How scared they must have been

Calling for their mom and dad

So much of life still to be seen

“Mom I want you right now so bad”

“What is this man doing?

Just a second ago

We were learning two plus two and four plus four

But now everyone around me is sore

I don’t know if I will see you guys again

Dad, what’s this red sticky stuff on the floor?

I thought you said this only happened in pretend?

Dad, Mom help me, I’m scared to loose you guys

Okay, I’m going to count to ten and you guys take off the disguise

Why is it not you, can’t you hear me cry

Now my eyes are dried

“Remember, I love you guys”

I don’t think anyone can truly understand

We must still all be stunned

This sorry excuse for a man

Went in to a school with four automatic weapons

And opened fire on these newborns

These babies, these children

They haven’t lived even half a life

And now it is ended

They were getting in the Holiday cheer

Their parents already getting the gifts ready

And a present sits lonely underneath the tree

He does not deserve that privilege and that right

He deserves to suffer the consequences

So these are my thoughts on a paper pad

My heart goes out to the families

Those poor Mom’s, those poor Dad’s

I get that this poem is rough

And if I offended you, forgive me

But I had to get that off my chest

I wasn’t affected, and yet the pain still digs deep

And all I could hear as I wrote this

Was a child talking, with lots of things to say

So I put what I thought I heard in this poem

So please, pray for these children and their families every day.

Thank you for sharing, Charlie.

For more poetry: We were all children once.