a big WOW for a Rookie 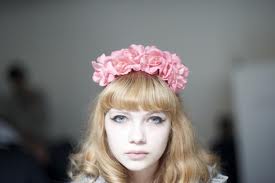 What did you dream about at age 15, alone in your room? Me, I was hanging out in teen main space, clogging up the family phone line and brushing my hair 100 times a night.

In the margins were nerdy types doodling in their sketchbooks. As we have all learned, those nerds have inherited the earth ( Bill Gates,  Steve Jobs ) and me? Well,  just read Seeds.

In 2012, some of those nerds are busy being brilliant and creating whole new spaces of their own. Tavi Gevinson is a self described dork ( and you know how I feel about dorks ) that” sits inside all day wearing awkward jackets and pretty hats.” She had me at hats. 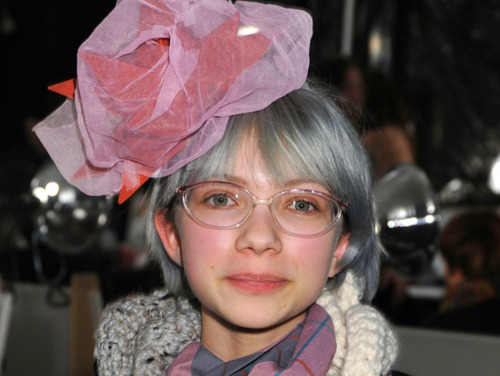 At 13, Gevinson began writing a fashion blog  Style Rookie from her bedroom in the Chicago suburbs.

At 15, she founded Rookie, an online magazine of art and feminist writing for teenage girls.  This fall, she has published a collection of the magazine’s best contributions in Rookie Yearbook One.  Spoiler Alert: I am buying copies for all the teenage girls I know for Xmas.

This year Gevinson is buzzing about the main space and any margins have long since disappeared.  Yet she says she’s still figuring it all out.  I hear you, sister.

I think Steve Jobs would have considered Tavi Gevinson a kindred spirit.

The late Apple genius is soon going to get the Aaron Sorkin treatment in an upcoming biopic. The Oscar winning screenwriter revealed the plot focus yesterday: three real-time scenes about the release of the Mac; Job’s following company, NeXT; and the launch of the iPod.  Sorkin hopes to end his film with this early Apple commercial,”Here’s to the Crazy Ones”.

Hope you are planning something crazy yourself this weekend. There’s sunshine promised for the upside down clowns, my favourites, at Sunday’s Santa Claus parade in Toronto.

0
Marilyn is dead but can she still influence?
Rave: Acadia