You know the types. If you don’t, you’re not looking very hard.

Let’s call them the can-do’s. They shrug off shrouds of cynicism and modern plagues of self-absorption and anxiety and just… get on with it. They find each other in crowds and cut through the traffic. Their mission statements are not fussy and convoluted.

I think about our generation and things that defined success. We didn’t get it quite right. Part of this, for me, is recalibrating.

Ward Sellers is the king of can-do. 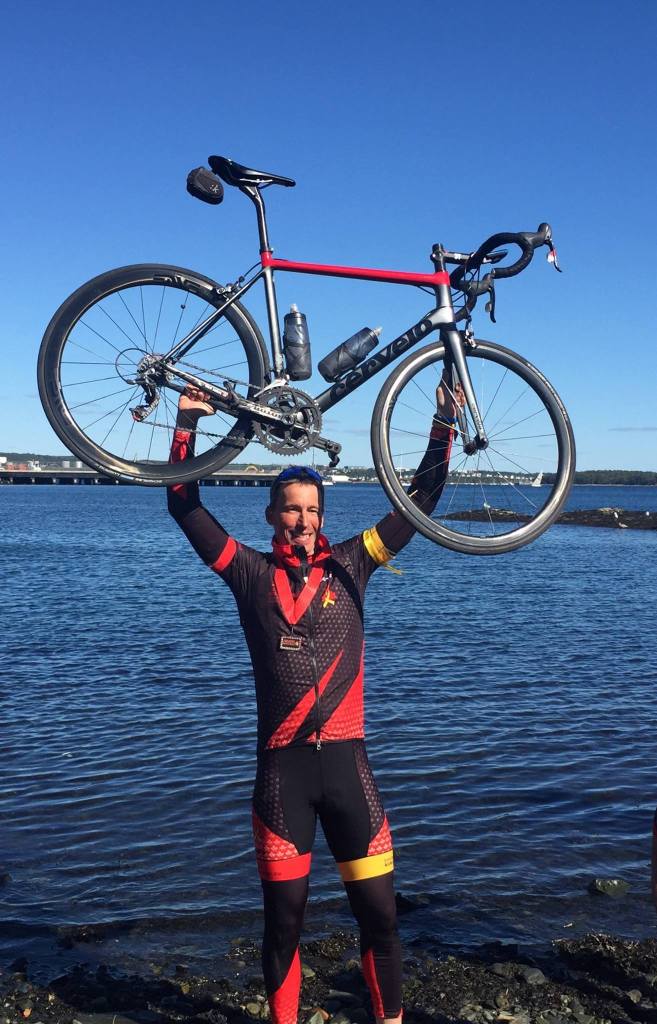 A veteran of fundraising initiatives, this father of two has a pretty decent gig for a day job. He also loves to bike. Last summer he met a fellow cyclist with a passion that would soon prove to be contagious.

The result was a ride across Canada to raise funds and awareness for kids suffering from cancer. I met up with Sellers in his Toronto home last week to hear how this cross-country adventure affected a guy of my vintage, a guy I’m proud to call my friend.

Why not just write a cheque?

There’s lots of organizations that deserve attention. There’s lots of hardship out there. But the pieces of the puzzle fell together here for me because I love cycling and this is a way to channel that passion of something I love doing into something that makes a difference. This was a ride that went across the country and the two teams stopped in over 160 places so we met people, we connected with people. It was applying a personal passion to help make a difference.

What was different about this team?

I’ve ridden with other groups, I’ve gone on trips with other groups, I ride on the weekend with other groups, I’ve done fundraising events with other groups, and I want to be careful: all of those rides out there to support charities are valuable and noble causes. This was a different kind of gig: seventeen days starting in Vancouver, finishing in Halifax. This is a team that had to make it across the country safely and together. The size of the undertaking, the breadth, the scope, there’s a challenge here we had to get through together and that meant there was a unified sense of purpose. I’ve encountered various mission statements and statements of purpose over the years and I have various different views about them, but here was a tangible demonstration of what we sat down to hammer out before we began. We set the principles.

Do you think you were prepared for what was to come?

You hear things: “Oh it’s going to be life changing, you’re going to touch communities and it’s going to make an impact on your life.”It’s hard to know really what that meant,  like trying to describe to someone what being a parent is like. The absolutely amazing parts of it and the parts that are just awful-you can’t really put that into words. So I really had no idea what to expect on that front. For me, look there were parts of the journey, just being able to see the country from start to finish, and to take it in while you’re on a bike and you’re seeing the Rockies, and you’re seeing Lake Superior and then you’re riding along the shores of the St.Lawrence and to get that kind of perspective on the country on a bike was unbelievable. The towns that we went through, large cities, small communities in the middle of nowhere. I went to places I’ve never been before. 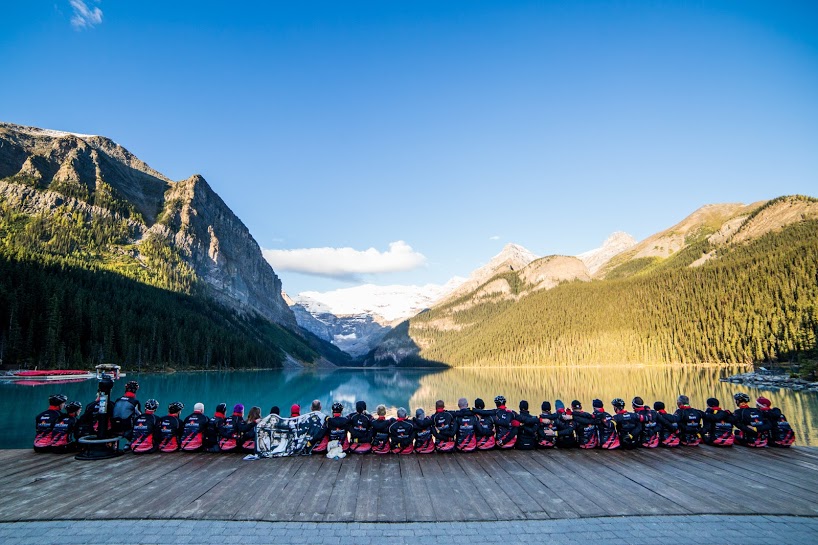 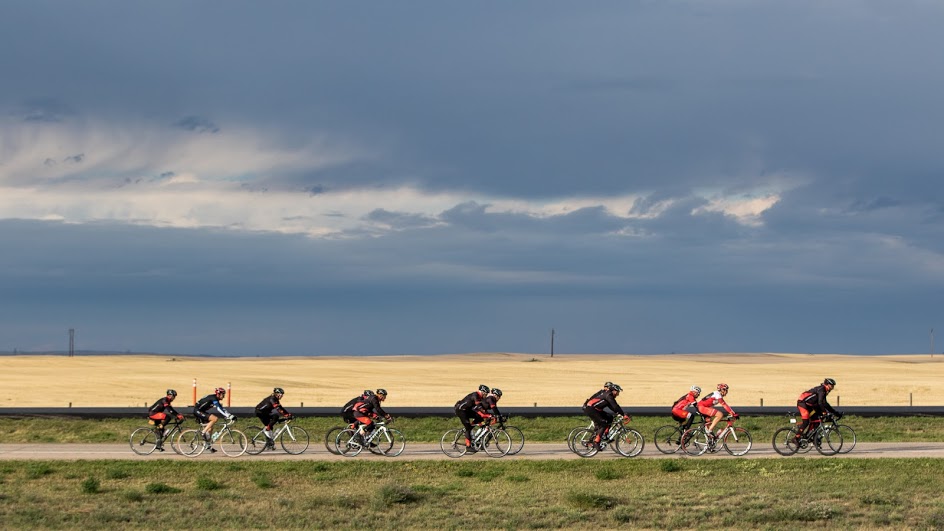 I kept my emotions pretty tight, my Waspy heart encased for years and years.

But there was a caring and compassion of all the riders and all the people in the organization, all the volunteers. I mean, I was getting to bike ride. Other people doing my laundry, making my breakfast and they’re taking time off work to do that. These are people who care about making a difference. More than once I noticed one woman on our trip, as we came into a spot to stop and find people clapping, cheering, signs and brouhaha; we’d come in and she would somehow manage to notice the one person standing there with tears welling up in their eyes and she would park her bike and go over and give that person a hug. Then they’re talking and connecting. and what’s the story? You never knew what it would be. Sometimes it was someone who had just lost a child to cancer and sometimes, it was somebody who had nothing to do with cancer but was just there moved by the experience. You start to define what you’re doing by touching communities.

What lingers the most?

I have people with petty issues around me all over, all they want to do is whine about how difficult their life is. But then you meet a nine year old cancer survivor who tells you, “You can’t always choose what happens to you but you can choose how you deal with it”, and then, another kid who wants to learn how to snowboard with one leg, tackling the world. I would have these cool beautiful days, seeing the majestic beauty that is Canada, these days that would finish with meeting a five year old sick child and you would feel like you got punched in the stomach. I tried to keep a balance in my blog so it wasn’t depressing because I wanted people to know there was inspiring moments every single day. The resilience I encountered was staggering.

You wrote about a difficult morning your team shared. Can you tell me about it?

On Day 4, our morning dedication from three year old Dominic Rooney’s Aunt Erin included remarks she would be reading at his funeral service the next day. This was the cutest little boy on posters for our ride who passed away shortly before our ride began. There were people on our trip who had met this boy many times and he’s the vision you have in your mind as you ride. The next day in Medicine Hat, we met a girls volleyball team and dedicated our ride to one of their members who had just been diagnosed with cancer. These are 17 year olds and you think how this affects anyone, any time, any place. You read the stats. Cancer is the leading cause of non-accidental death in children. The reality of spending those two days with these people was really impactful. 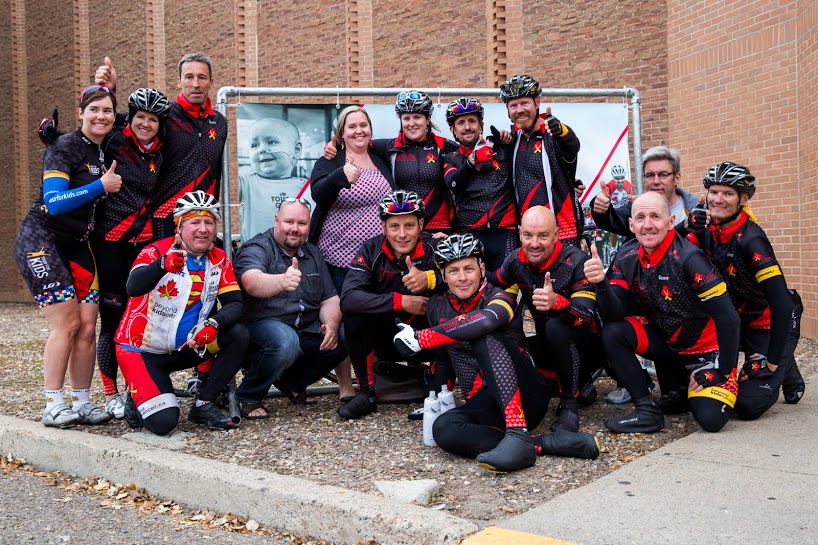 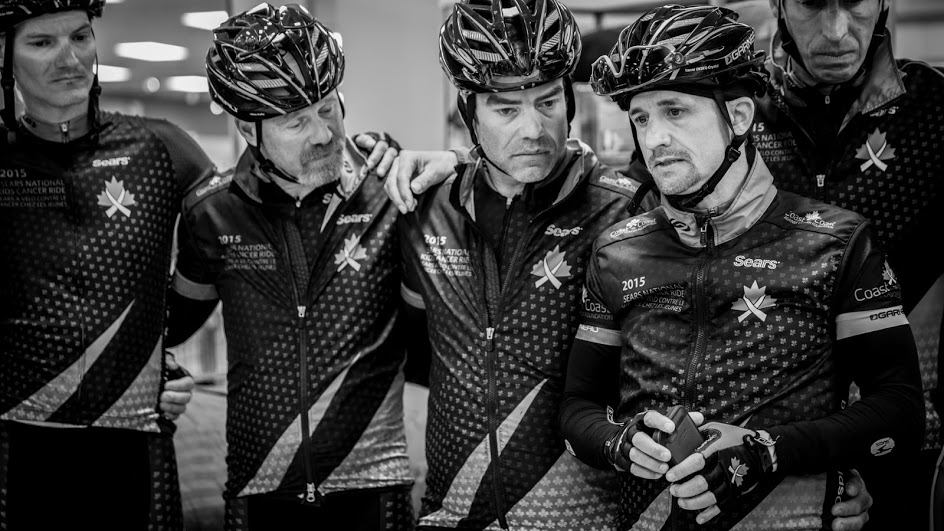 How do you cut through all the traffic?

There is fatigue out there in fundraising. More than once I had comments like “my share of  my wallet for cancer is spent. There so many different types of cancer knocking on my door. Kids with cancer? Too easy to sell.  Raising money for colon cancer is a lot harder.” So many things that are trite expressions like how much difference can one person make?   It becomes just noise. Then you sit down and you see these circumstances and you see that the whole thing shifted because one person acted a certain way and it rubbed on another person and it did this and it did that. I was fascinated by how many people on our team were parents that had healthy kids. Nine men and one woman. These were really caring and decent open people. I was inspired just to be around them and learned about how groups affect each other.

Every time that you have a choice to act in a certain way, don’t ever underestimate the impact that has on someone else. 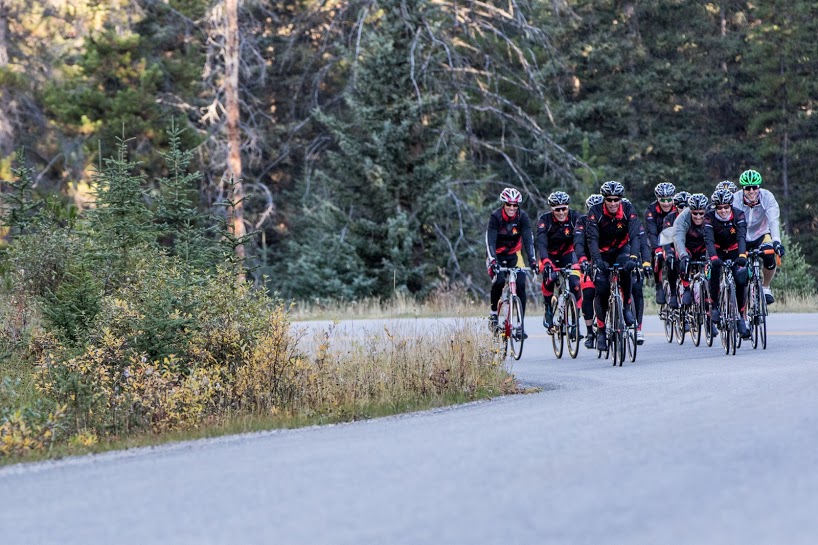 How do you now reconcile what you experienced with your current life?

When we were in Kipling, Saskatchewan, at 6 in the morning, in a Sears store of a community of eleven hundred people, and there are volunteers there making us breakfast, homemade banana bread, and we discover one of the volunteers was a father who had just lost his son to cancer. So you’re standing there hugging somebody, crying, somebody you’ve never met, five days into this ride.  As the captain of our team, Trevor, this guy I have an unbelievable amount of respect for, told me as everyone was trying to share tips, practical tips on how to make the ride a great ride,

he just looked at me on the first night and said “just open your heart.” 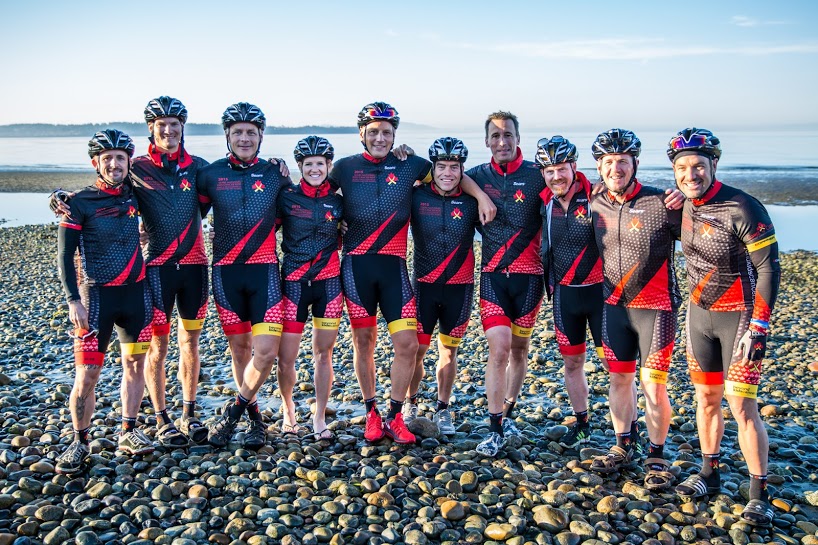 Inspired? You can read more about the Ward’s ride here.

0
Peel me some gratitude
Cheer for the dreamers