School prep: riding the big one 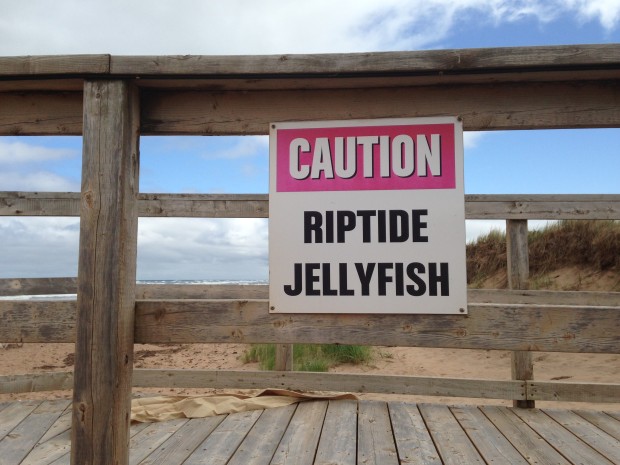 The best evidence of summer’s end is when somebody other than me in this household decides to clean our kitchen junk drawer (thanks, honey) to line up the pencils.

I’m not quite ready, but I will be soon.

Maybe the school kids are itching to get on with it, to see who is taller, rounder, leaner, bolder. Me? I’ll be ready in a day or two after I reset the frame, currently set at sky blue, thanks to yet another visit to Prince Edward Island.

Visitors to the island this summer may have come for the 150th anniversary of the Charlottetown Conference. Here, in what can indeed be called a highly productive meeting, the idea of Canada the country was thrown around and generally agreed upon as a great concept by delegates.

Did they serve lobster burgers back then?

Did they notice the sturdy sunflowers?

Under the same sky, ever endless, ever-fascinating?

Maybe they, too, fell for yellow.

In 2014, at least one family knew what they came for, what prompted their happy dance.

Miles of bleached beach grasses on top of rolling dunes is the terrain of PEI National Park, where kids will always be kids.

As for this writer, I need only one thing to make a perfect visit, the kind of day I love on Brackley Beach: massive winds, blazing sun, sandblasted clean of any seaweed debris, no one in sight but for one or two kindred spirits, loving their hair whipped by furious winds.

The debate about venturing into the Atlantic on days like these is always the same. Currents are damned; we’re in. The crash is deafening, each wave more significant, strong enough to pull down our suits. We leap over them or ride the crest into shore in tandem whenever possible when we don’t tumble off our boards. Over on the west coast, in wonderful Tofino, we needed wetsuits, but here, in the warmest waters north of the Carolinas, bare skin is a shivery uniform, but we’re Canadian; we know cold when it comes.

There isn’t a time I don’t wonder at the risk, but not doing it is stepping into the following season on shaky footing. Better to confront the onslaught and throw ourselves into the fray, whatever it brings, whatever the heartache and all the joy. Somehow, we all know we’ll be ok; we can shoulder the wave if we stick close.

Good luck to all the students across the country on their first day of school. Look sharp ahead. Riptides and jellyfish have nothing on you.

For more on our Atlantic adventures, see Dune Day.