The real party is in the queue 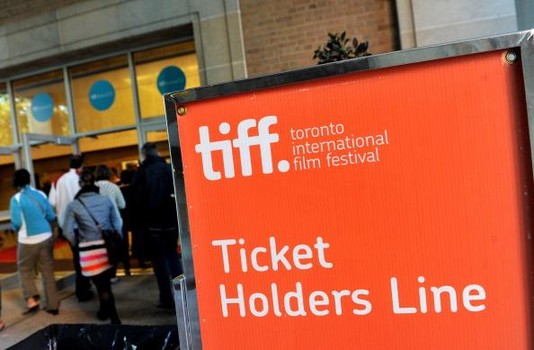 There are all kinds of ways to experience TIFF.
When I worked in TV, I spent the festival inside a hotel suite doing interviews or at press screenings, away from the crowds, away from public reactions.

I never experienced the TIFF line up where the best kind of geeks live.

This year, I have met a charming couple from Ohio, retired travellers who have been coming to TIFF since 1998. They see 30 films, visit favourite eateries and store up amazing stories to share with curious line chums like me. Their film knowledge was astounding and the hour I spent in line went by in a movie minute. One of them taught American studies for 30 years and told me he had often used film clips in his class. Did I ever have a teacher so savvy?

Then there was the sweet young filmmaker from LA who told me to skip seeing Cloud Atlas as he had seen an early cut that he felt was garbage. I’m glad I didn’t listen to him but loved hearing about his burgeoning career and attempts to score the rights to an obscure novel. He told me he had hoped to hob nob with more directors while here but found that most of the parties were closed shops.

Ah yes, the pop up parties where no one sees the films but know how to talk about them.  I assured my new BFF that I was sure he would find entrance one fine day.

Today I met a EW writer on the Oscar beat, ready to share what he considered front runners for the Academy Awards.

Argo and Silver Linings Playbook are a lock. Look for Jennifer Laurence and Joaquin Phoenix as sure bets.

We shared our favourite moments and discovered we had fallen for the same films thus far ( Amour, Rust and Bone, Place beyond the Pines) before he was whisked away, saved by a press freebie at the stage door.

When I am fortunate to have my favourite TIFF partner along, the Friendly Greek himself, we both dish with our fellow film fans, pondering over perplexing endings (The Master) or hidden plot lines.

Very soon we are having our very own TIFF party right there in the back of the line up that is now twisting around the block.

We’re an hour from start time but who’s counting the time?

0
Why TIFF?
the course of true love