A Candle for my Captain 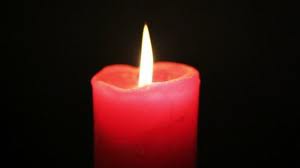 Where were you when you heard about the death of Robin Williams? Did you stop?
I was at Artpark, in the historic town of Lewiston, NY to hear an acoustic concert by Jackson Browne, making for one of life’s weird symmetries—for who better to share sorrow than the prince of melancholy himself?

These very public deaths slam into us. Rooted to our spot, the shock moves through, moment freezing in memory. Nooooo…a little scream sounds off somewhere. Does it have anything to teach me, this loss of the best genie ever, that made watching yet another Disney flick with my young kids long ago bearable…no-brilliant! All that incredible film work, all the zany comedy…. 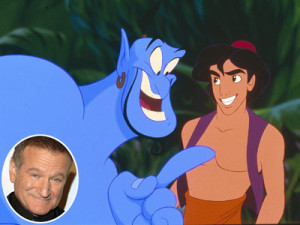 Never forget the sacredness of the private. We can’t know the shadows lingering within deep pools of talent, within any of us as we hurdle through life.

Be kind, for everyone you meet is fighting a hard battle.

If anything, it should give us permission, as many have urged for years, to lift the cloud over mental illness and seek answers, fuel research. Robin Williams was deeply depressed. The world loved him. But adulation wasn’t enough.

I’d like to think too it might dull the glow of celebrity worship, shorten the queue for fame hunters. Worship away if talent is indeed the altar, but don’t bestow more on those blown to supersize. These aren’t happier people, immune from burdens. They know no more about living well than that wrinkled dude pruning his hedges down the street.

Jackson Browne looks like he might know one or two secrets. Sounds like it too. At 65, his voice has a tinge of raspiness that only lends it more character, if possible with a singer who mines emotion as Browne does. Strolling onto the stage in the partly covered amphitheatre, he picked up one of a large collection of guitars propped in an impressive line behind him and started into just short of three hours of singing.  It was Browne and his guitars, or Browne at the piano. Only once did another musician join him on stage for back up. Stripped down to basics, there’s trouble ahead for the aging troubadour with only his voice to carry the night.  Not this guy, not in this joint. This was no concert, but a jam with a man and his guitar in his garage next door. Just us in his space, as he sang one gem after another with pure tone, fumbling once or twice with a start, a lyric, eliciting cheers and applause-the guy is human after all (see above).

It’s unfair really. How some guys are just sexier with age… 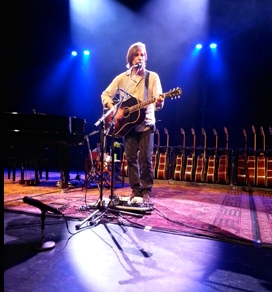 Browne is ever the poet, pitching pop gospel, easier still with his Californian surfer hair and lean stance. His well-crafted songs delve into lost love, found love, fleeting love, and despair about the human condition. Hope too is at the core—decades of activism haven’t worn him down. This fall, he will tour again, in North America and the U.K, in support of a new studio album, his 14th, Standing in the Breach. New material isn’t surprising nor does he dwell on his hits- on this night, he didn’t have a set list, he was just going to wing it and take requests. And so it went, in a pattern soon to become beautiful song/irritants shouting/ beautiful song/ assholes screaming. Only the melodies stopped me from springing in one superhuman leap three rows behind to clap my hand over an over zealous fan’s mouth who just wouldn’t shut up.

All was silenced when Browne sang Song for Adam, written back in ’72 for his debut album, for a lost friend, that somehow to me, in that moment, resonated. Yes, he sang Running on Empty, Take it Easy, I am a Patriot, I’m Alive but this bare bones tune, penned by a 24 year old musician, brought me smack back to that moment, mere hours before, in the car with friends, when we heard we lost Robin Williams. We needed music to own this moment and although it’s not my favourite Browne song, it was last night.

I sit before my only candle, like a pilgrim sits beside the way.

Ten years ago Browne was inducted into the Rock and Roll Hall of Fame in a touching introduction by his good friend Bruce Springsteen.

If the Beach Boys gave us California as paradise, then Jackson Browne gave us paradise lost.

I don’t know if Jackson Browne and Robin Williams were friends. They were born a mere three years apart and surely drank from the same well of ’70’s arts and crafts. I don’t know if Browne sings that song every time he performs, or whether he pulled it out from the stuffed vault. In an imperfect world, it made for perfect mourning.

R.I.P Robin Williams. Your work will grace the ages.

Sing on Mr. Browne. We need the light yet.