Love me, love what I love? Not always. 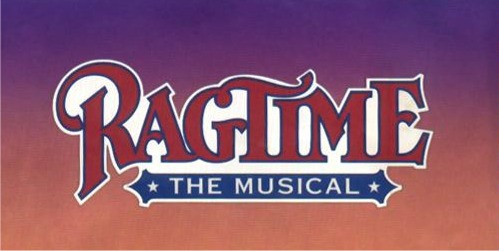 Ragtime has been playing to record crowds at the Shaw Festival in Niagara-on-the-Lake since it opened in April earlier this year. Critical response has been generous. Still, I know of at least two holdouts.

Closing weekend meant tickets were scarce. Peter and I took the nosebleed section and the kids were down in the theatre main.
The show concluded with a long ovation. We shuffled along with the crowd down the stairs, the powerful score still ringing in my head. Our kids were waiting in the lobby.

So, what did you think?

Well, I think it was kinda flat.

Yeah, agreed the other, I didn’t really care about any of the characters. It just felt like a history lesson that you find in a little box in the side of your textbook page.

I was stunned. We had just heard a cast who nailed it. We both found the whole sweeping panorama of turn of the century America, adapted from R.L Doctorow’s novel, as thrilling as the first time we saw it in Toronto 16 years ago. One time theatre impresario Garth Drabinksy opened this show in Toronto as a test run for Broadway and Peter and I were among the crowd that opening night. The cast featured two vocal titans: Brian Stokes Mitchell and Audra McDonald. Both would later go on to Tony nominations when the show opened in an $11 million production on Broadway. This Shaw production has its own stellar cast who filled out the brilliant kaleidoscope of characters.

Our kids didn’t buy it.

We debated the production merits, or lack of, at brunch the next morning. This rehash of culture bits and bites is our household habit since we began to drag the girls with us to the theatre, rock concerts, films, opera—anything we loved, we were game to share.  We took advantage of kid discounts wherever we found them and settled on cheap seats if we had to, artsy-fartsy logic always in play. Weaned on a steady diet of our tastes, their exit polls have, frequently, been positive and unanimous. Last weekend, we were all awed by yet another perfect Soulpepper production, Death of a Salesman. But soon enough comes the inevitable disagreement.  As they grew up, distilling each set piece, their opinions began to wander beyond the safe havens of Mom and Dad’s world view. They hated a dazzling revival of South Pacific a few years ago.

Perhaps the tide of media that engulfs their generation thwarts an appreciation for this kind of historical set piece?

You’re just offended we don’t like the same things you do!, remarked her sister.

The music was too repetitive, they argued. The show overall lacked….everything.

We agreed to disagree. It wasn’t the first time. I know it won’t be the last.

This is the juiciest and best part of parenting. For friends with toddlers waiting to speak their first words, just wait.