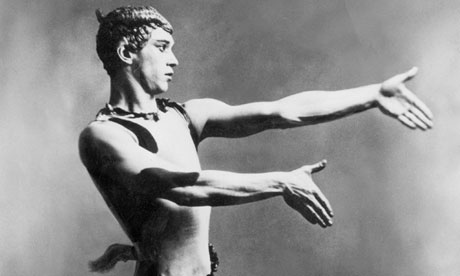 You may think you know ballet. Think again. You have three days left to catch a wondrous production, devoid of tutus, but packed with power.  Don’t waste time. This is one not to miss.

Pedestrians walking by Toronto’s Four Seasons Centre this past week may not have heard the cheers from a delighted audience, thanks to the building’s sophisticated acoustic design, but inside the building, applause was long and rapturous for the National Ballet of Canada’s current production of Nijinsky.  This is not merely a dance bio of the famed Russian dancer but a complex and spectacular homage that beams a spotlight on the company’s deep pool of male talent.

Vaslav Nijinsky was born a century ago but celebrity, the way we understand it today, was very much his domain for his short, dramatic life. 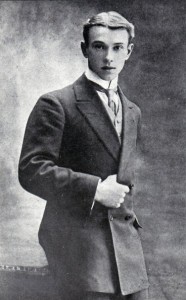 Fortunately for Canadians, that production is now here with our own rich stable of performers. I was at the opening performance last weekend and saw Corps de Ballet member Skylar Campbell dominate the stage with his interpretation of genius and madness combined.

Other dancers take on the various characters Nijinsky created on stage and thus offer the audience a rare but fantastic treat to see many of the company’s male dancers. Nijinsky is seen as a young man through flashbacks and memory and his tortured mind is explored through detailed, complex choreography, truly some of the best that stage has seen. Nijinsky’s long suffering wife is another juicy role demanding a dancer with superb acting chops and Sonia Rodriguez continues to impress with her command of both.

Casting for this production rotates through the performance schedule: the company’s most charismatic dancer, Guillaume Coté will be dancing the role tonight with his real life wife, Heather Ogden. 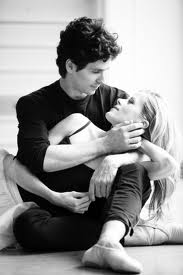 Expect sparks of the best kind if you’re lucky enough to have a ticket tonight through Friday!

More on dance: Feast your eyes

0
TV: schlock and awe
Happy to be cheesy