Tom Hardy from the waist up 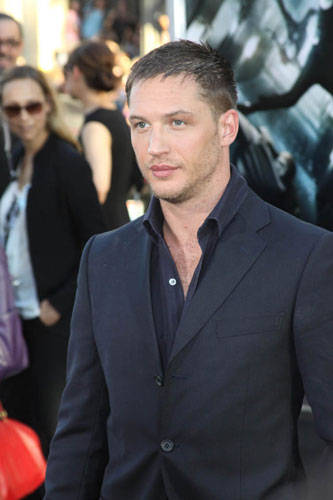 His is the face you love, a face soon to be everywhere, a face locked on screen in Locke, both a star vehicle and brilliant lesson for future filmmakers.

Tom Hardy was last seen as the masked villain in The Dark Knight Rises. 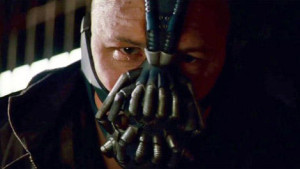 Menacing, magnificent, brawny-this is the Hardy you think you know. 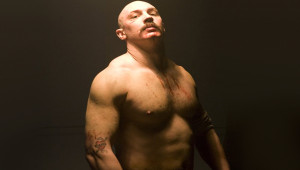 Yet, like Brando and Burton, actors he is now being compared to by a parade of international critics, Hardy has revealed a sensitive intelligence, lurking behind a face the camera adores. 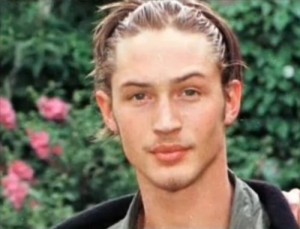 Before acting, Hardy was a model. Hence the hairband.

“I don’t feel very manly. I don’t feel rugged and strong and capable in real life, not how I imagine a man ought to be. So I seek it, to mimic it and maybe understand it, or maybe to draw it into my own reality. People who are scary, they terrify me, but I can imitate them. I’m not a fighter. I’m a petite little bourgeois boy from London. 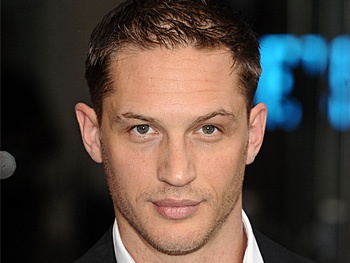 master of the unsettling gaze

If his role as the identity expert in Inception moved him far beyond the group of 10 actors to watch (Variety 2009), then Locke is a direct path to Oscar contention. 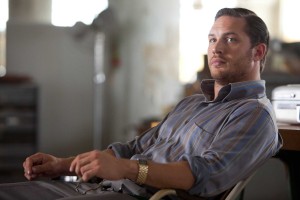 In it, the London born actor plays what he describes as a “bloke who falls apart on the road”. As an engineer managing the construction of a major building project, Ivan Locke walks away from “the biggest concrete pour in the history of Europe, barring nuclear or military” to deal with a personal problem two hours away in London. The film then locks in on that journey in the car, and on Hardy’s face as he drives, fielding calls from his furious boss, a nervous second in command, his sons awaiting him at home for an anticipated soccer match, his loving wife, and a woman we learn early on is about to give birth to his child. 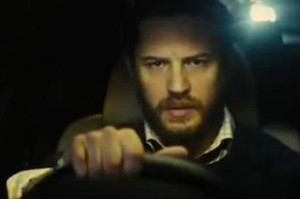 A passion project from acclaimed screenwriter Steven Knight ( Eastern Promises ), Locke was shot in less than a week with three digital cameras. It is minimalism of the best kind: taut, precise, never short of gripping. Written for Hardy, this is a film for serious acting chops.  It should come as no surprise that Hardy has them, says his director, who believes Hardy is “the best actor in Europe right now.” Gripping the wheel, eyes on the road, and sometimes, in the rear view mirror where he rants at his dead father, Hardy’s simmer is just under the surface. This makes him irresistible to watch, even though he is seen only waist up, sitting behind the wheel.

The film worked for me as a brilliant example of creative resourcefulness in the face of bloated budgets for big screen cartoons. I admit a bias, known well here to Chronicle readers, for narrative driven projects over special effect wonders ( fans of Gravity were mad at me when I said meh ) so forgive me for being predictable.  Let it sit for a moment with aspiring writer/directors as a lesson of what’s possible. Find a good script,  real talent to lift and interpret and an artist with enough imagination to tell an unencumbered story. Forget trying to make the biggest fire. Stick to the fiery embers. Locke is heated with that lesson.

Then there’s the story itself. As a morality play, Locke doesn’t introduce as much as strip down to the core the man who has built a decent life, brick by brick, and then makes a mistake that threatens to bring it all down. When Hardy assures all the players in this story “I will do what needs to be done”, I believed him.

Here is today’s man. Not the sitcom buffoon, the smirking action star, the dimpled jester but a man who approaches life in deliberate strokes, responsibility as his guide, reason as his force. Potent, capable, contained.

“Responsibilty has a cost, and there’s no such thing as perfection. So the argument of Ivan being a good guy or bad guy, in the same way, he’s not perfect, well fucking welcome to the human race.”

Hardy squeezed in this performance between multiple films. Indeed, the actor is so busy that in the next two years, it may appear he has split himself in two. Of the many projects he is attached to is Taboo, an eight part miniseries he wrote with his father, to air on BBC, that will reunite him with Knight. That signals good karma to me. I can’t wait. Netflix, I’m looking at you to bring this home.

In the meantime, I’m planning my own little Tom Hardy film festival, starting with Wuthering Heights where he met his current love, Charlotte Riley. 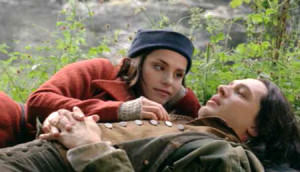 I hear their chemistry is HOT.

A good place to start, methinks.

You may also enjoy: What makes a good man

0
Another thing I can't do..
Here comes the sun