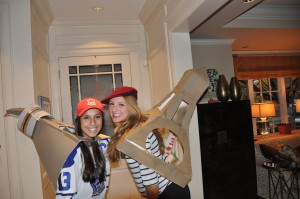 We have an exchange student from Paris living in our home for a month.

She has teetered over the city on the CN Tower Edge walk and held her ears at the roar of rabid fans from behind the net at the Leafs game, the latter a result of a lucky trade outside the ACC. Emptied her wallet in Kensington, Queen Street and the Eaton Centre. Bought Roots sweats and maple popcorn at Niagara Falls.Bumped elbows both at the St. Lawrence market, the AGO’s Group of Seven and on the TTC travelling to various corners of Toronto. 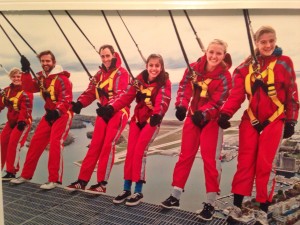 Try as we may to dazzle her with city treasures, the circus is in town. The bruising from a cracked mayor is garish but Parisians are not immune to political scandal.

I will send her home with maple syrup in her suitcase with fervent hopes the sweet treat is the only sticky stuff she remembers.
Then again, she could just watch this great little gem from More than Ford.

UPDATE: THE MAKERS OF THE VIDEO HAVE REMOVED THE VIDEO DUE TO COPYRIGHT ISSUES.

Too bad. It was fantastic.

0
A bitch to love
The good, the bad and George Clooney