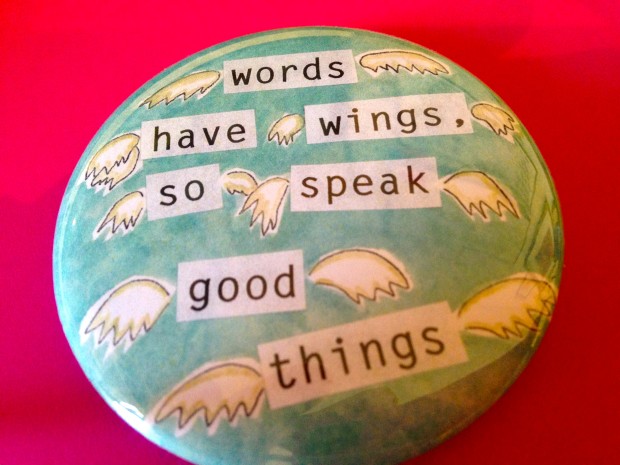 The morning after: there are the bags under my eyes, bigger than the weekly garbage hauled out to the curb. Add them to the new map on my face of every joy, every crushing defeat, etched in new and bewildering patterns on my face. There is also this little thing of knowing. Suddenly knowing a thing or two.  Is this what they call wisdom?

Aging means being surprised less-you’ve been there, done that, seen that, ready for the rock and the roll, and yet, when real surprises do come around, the effect is dazzling. 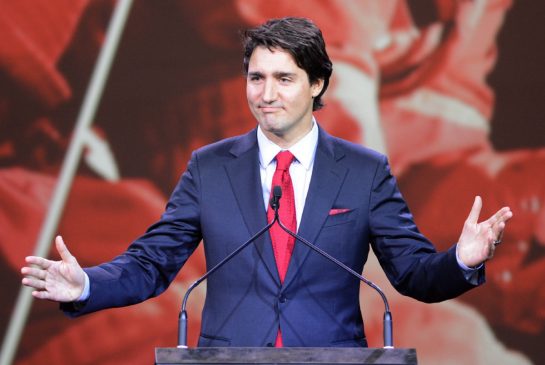 I didn’t make history tonight. You did.

We did it. We embraced change. Nobody really likes change.  We all say we want to clean out the wardrobe but then we buy the same sweater on our first outing.  Poor Justin, prince of collegial politicking , will soon discover that once he’s PM.

Words have wings so speak good things, says the button on my office board.

We know Pierre taught his son the weight of words in their house of books (I come from one of those, albeit one less celebrated and thankfully far from the public eye).

“He spent the last summers of his father’s life reading the dying man’s favourite plays to him-Shakespeare, Racine, Corneille, writers who saw by the light of the mind.”

-Ian Brown, In search of the real Justin Trudeau

As a literature major at McGill ( my turf but there was no Justin pretty boys in my vintage, just one Friendly Greek), the young Justin mucked about with words aplenty. His friends usually respond what most people don’t know about him is how much he reads, or how he can recite poetry in any given situation.

“A positive, optimistic, hopeful vision of public life isn’t a naive dream, it can be a powerful force for change.”

None of this makes a good leader necessarily.  It does mean he understands a fundamental human need.

We were made to feel special by the Trudeau campaign and in his victory speech last night: our “better angels” felt soothed. Stephen Harper either forgot this essential rule, or he didn’t care. The first thing out of his mouth in his concession speech last night: he came into politics because he believed hard-working Canadians should keep more of the money they earn because government should manage money the way people manage their own.  Really? You want to go out talking about our wallets?  Before he left office, Harper and his campaign team spent $25 million on attack ads.  As it turns out, Canadians wanted a different script, free of divisive sideshows. Those attacks stoked our shadow sides. Icky. Harper may have been a clever politician yet his words and wedge issues have wounded the Canadian soul.

The confinements ahead for our new PM are considerable. Special interests. Competing agendas. Hidden undermining. An ambitious newly-elected group who need direction and steady leadership. None will be won over by tone alone.

It’s a harsh world. Diplomacy is about tone.

Let’s sit and enjoy them awhile.