Taste is for phonies 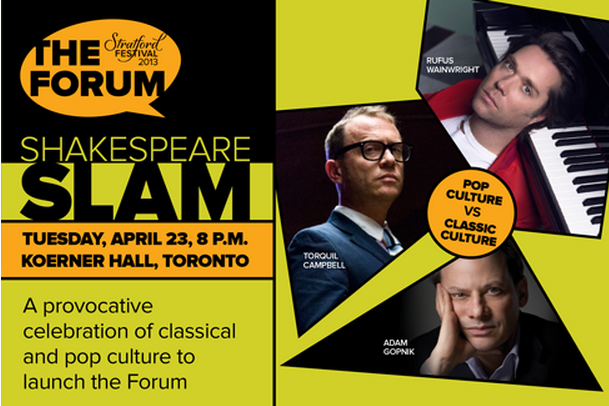 To the rest of the world he is William Shakespeare, but you could forgive Stratford Artistic Director Antoni Cimolino for using a nickname in his welcome to a crowd of enthusiasts recently gathered at Toronto’s Koerner Hall.
Billy the Bard was like family to this group.

We were there for the Shakespeare Slam, the launch of the Stratford Forum, a hodge podge of debates, screenings, concerts and discussions the festival hopes will bring in new audiences.

Getting things started was a debate: Was Shakespeare a pop artist? 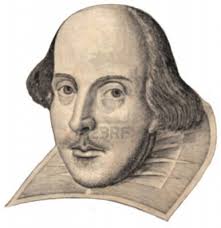 Both participants emphasized labels of pop and classic are forever shifting and overlapping, and in doing so, losing value. Musician and cultural commentator Torquil Campbell suggested Shakespeare was the king of the pop hook, that essential grab-the-audience moment that connects them forever to the material.

New Yorker staff writer Adam Gopnik agreed, adding Shakespeare remains demanding, a quality all great classical artists share. For some, the very mention of art is alienating and yet, Gopnik argued, it’s okay to stand in front of a painting, or in a dark theatre, and not get it, to be challenged. Finding teachers who can connect the dots for contemporary audiences of Shakespeare would help and yes, says Gopnik, most English teachers aren’t up to that task.

Filmmaker Josh Whedon isn’t fussed about labels. His adaptation of the original rom com, Much Ado about Nothing, opens next week in Toronto, and from the lengthy cheers I heard at the TIFF screening last fall, there’s little issue with connection. Whedon shot the film in his own house, using a familiar cadre of actors who have been gathering in his home over the years to perform Billy the Bard’s plays… for kicks. Yes, the man who brought us Buffy the Vampire Slayer and The Avengers, told the L.A Times, it is Shakespeare’s hip qualities he loves.

“That’s why I love it. Because it’s still so relevant. Actually, I would say that’s exactly half of it. I love it because it’s so modern, because there’s still so much to learn and say and think through in the text, and every time you see a good production, or do a reading, or really read through it, you find something you didn’t see before. Every now and then, I’ll just memorize a little bit from something just to sort of feel it out, just to sort of live it for a little while. And then I’ll forget it, but it’s amazing how much you learn just from that one little exercise. On the one hand, yeah, it’s so accessible, and on the other hand, there is a remove. There is musicality in the language that is largely lost.”

That’s precisely how the film feels-a hip and loose lark that celebrates the original text but is very much of the moment.

After I saw the film, I wanted to go back to my 10 year old self and the days of backyard theatre, where my pals and I did homemade fairy tales for tolerant neighbours on garden benches. Whedon makes art for everybody, but especially for my kids and their peers, struggling through June exams, thinking “just why am I studying this again?”

Here is your answer. It’s also a gold star on the essay “How I spent my vacation”. Whedon shot the film, in between projects, over 12 days. Summer’s around the corner. What will you do?