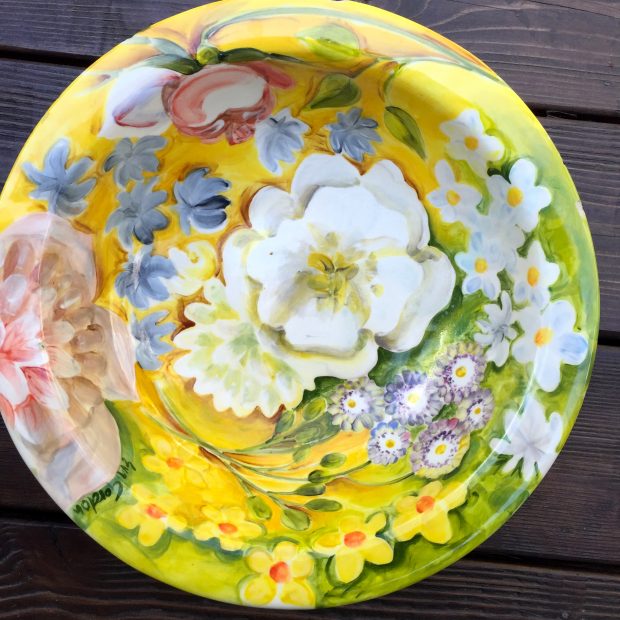 White lilies will forever be the lobby of the Beverly Hills hotel on my first trip to LA to interview a celebrity doused in potent perfumes of their own. Lily-of-the-valley is a shady corner under the porch that looked out over the expansive green of my childhood garden. Peonies? They are always a party for me. 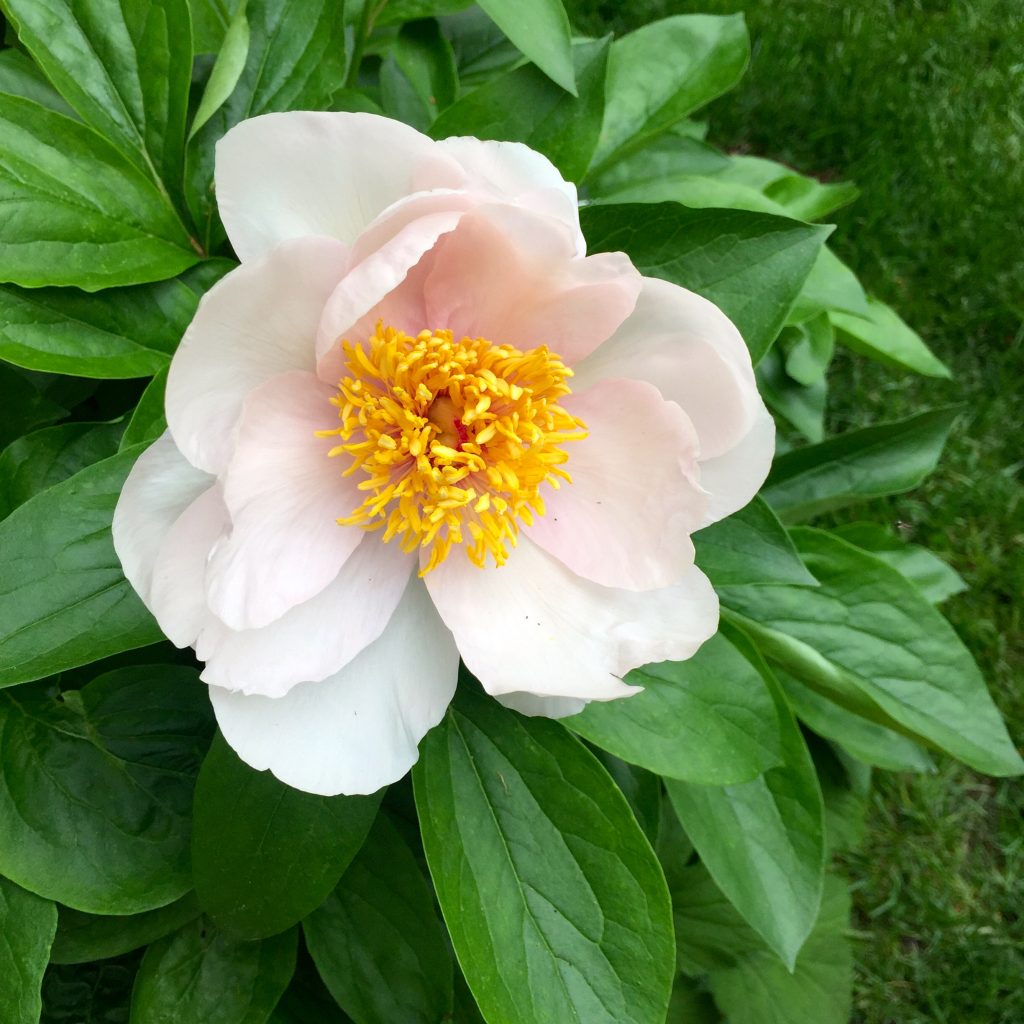 For my friend Janet Davis, peonies offer their own particular kind of time travel. Here is one flower memory from my friend and neighbour who knows a thing or two about blooms.

“Like most gardeners, I tried peonies for a while, but they didn’t really like the dappled shade of the area I chose for them and didn’t flower that well. So I saved one and dug it into a side-yard that is not only out of sight, but out of mind. Thus, it’s always a surprise when I walk beside the house in June and see the rejected pink peony flowering its little heart out. That’s why I have a few blossoms of ‘Mons. Jules Elie’, scenting my kitchen table this morning. At one time, having been introduced to North America in 1888 by its French breeder Felix Crousse, it was one of the most popular peonies on the continent and it is still a classic. 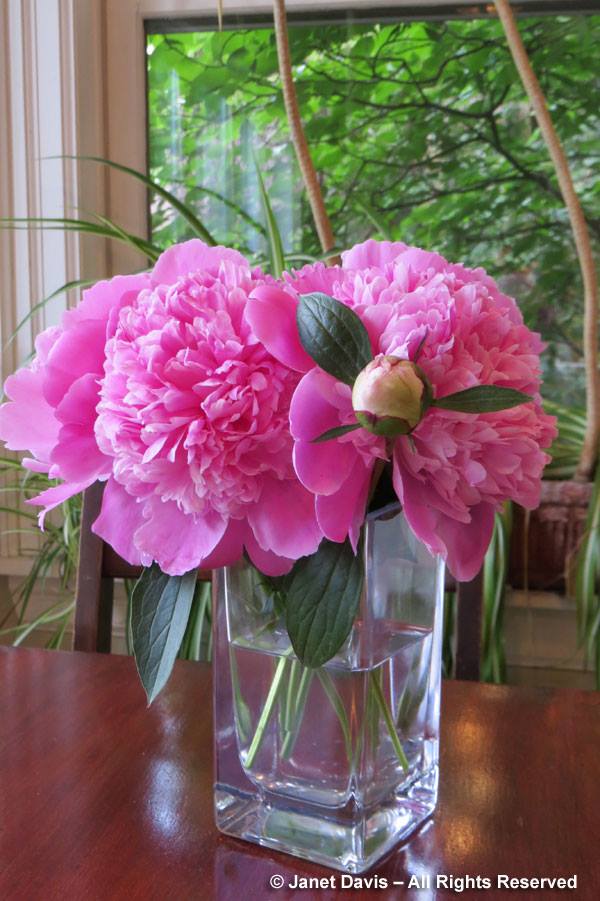 “But there’s another “French connection” for me and peonies. When I was a little girl, we lived in Victoria, B.C. and I attended St. Ann’s Academy, a convent school run by the Quebec-based Sisters of St. Ann on a beautiful property not far from Victoria’s sprawling Beacon Hill Park. In fact, at the age of 8 in Grade 3, I took two buses to get there all by myself, transferring downtown to the second one. (All parents did this then!) The nuns had been in Victoria since 1858, just 15 years after Hudson’s Bay traders established a site there, their arrival coinciding with the Fraser River gold rush. They started off in a little wooden ‘pioneer convent’, and when I was at St. Ann’s, I was chosen to be photographed in that building on its 98th anniversary, one of three pious-looking little children for a photo that went into the newspapers (and that my dear, late mother kept among her many pieces of memorabilia). St. Ann’s closed in 1973, endured a war between property developers and heritage people, and was ultimately acquired by the B.C. government. It is now the headquarters for the Ministry of Advanced Education and an event facility; weddings are held on its leafy grounds.
But about the peonies. Every May, the nuns would cut armloads of peonies from the gardens in the fruit orchard that was already established on the site when the big school was built in the 1870s, and sell them to the girls for 50 cents to be used as Mother’s Day gifts. (Peonies, of course, flower in May on the mild west coast.) I remember asking my dad for a half-dollar so my mom wouldn’t get suspicious. And home I went on the two buses, my little arms filled with a giant bouquet of budded peonies wrapped in damp newspaper. That’s why ‘Mons. Jules Elie’ still lives on in my garden. A little slice of ancient history….”

For more of Janet’s fantastic writing and wisdom, read her post about a spectacular hat party held recently in Toronto.  Janet wore this. Yes, she gets my vote for best hat ever. 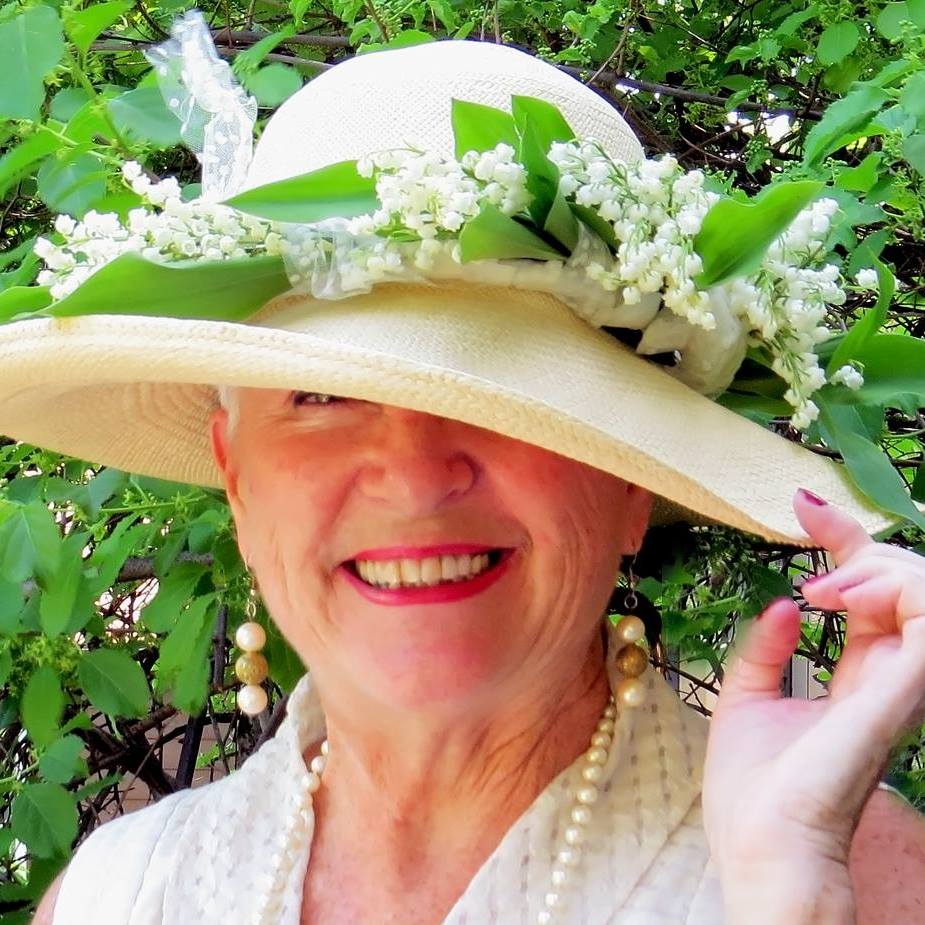 The most potent of all seasonal blooms is the lilac. From my own poetry collection, Holding Glass:

A ragged bear and lion unmasked

to a small fringed body

fallen from its poplar nest.

Their round browned figures fill the sidewalk

then dart away to other summer wonders.

The houses again sit back.

A youth pokes a neighbour’s weeds,

his form dwarfed by the lilacs overhead.

An uneven woman stares through the sheers,

breath raging against the tidy lawn,

the bounty of hues.

Derailed by the blossom’s fumes,

and trickles down the street

that is not theirs.

they droop unfashionably from Granny’s vase.

Yet pass by, and a whiff promises still.

For readers without gardens, you still have the breeze. A summer breeze is your best friend arriving at the time you need her most. And because I saw these guys perform this classic in a newsroom studio, inches away from me in my TV producer days, I send it now to you.

June is here. Don’t waste it. 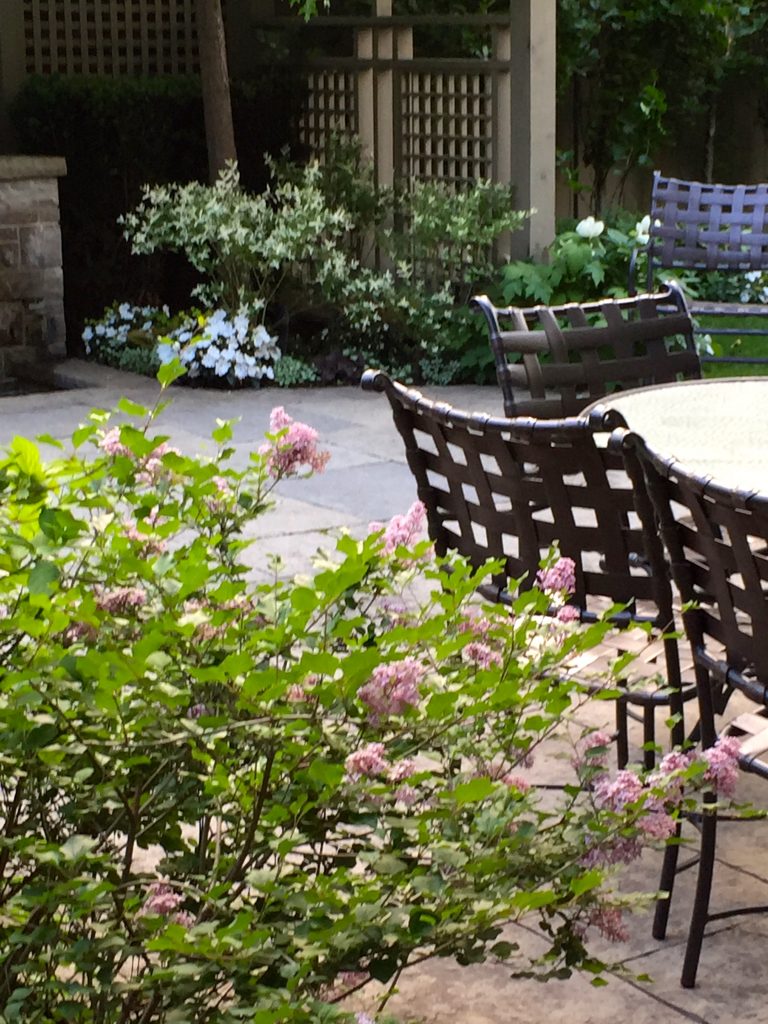