Happy to be cheesy 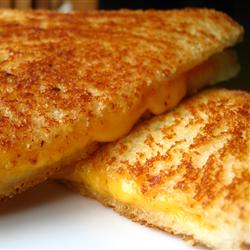 Much as Canadians crave the big melt mid March, it never quite happens on schedule. In NYC, however, there is a meltdown happening right on cue: the third annual Big Cheesy grilled cheese competition.

Next weekend, on March 23rd and 24th ( still time for you to get there!), some of New York’s finest sandwich makers gather to compete for the people’s choice awards of grilled cheese. Ticket holders sample and celebrate seven gooey versions of a very simple pleasure. Last year’s champions were the wizards who work the grills at the The Melt Shop. These guys caused a sensation by creating three variations on the theme: Sharp cheddar, pulled pork, BBQ sauce on sourdough; blue and cheddar with bacon and cranberry pepper jam; goat cheese and fontina with roasted wild mushrooms and parsley pesto.  The competition was over.

I have put in some miles for great eats including a three hour road trip date on the promise of the perfect piece of apple pie.
( It wasn’t but I married the driver anyway).  Would I travel to NYC for a sandwich? Would you? Here’s a peek at the The Melt Shop and no, there’s no scratch and sniff option but I am betting you can hear the sizzle.

Canadians have their own version of this competition and it occurred at the CNE last August.

I wasn’t there but I’ve no doubt that the best cheese can be found in this country. On yet another foodie fool’s errand, I ventured to Sainte Jérôme, Quebec after being sent by a waiter from one of that province’s finest kitchens, L’Eau à la Bouche in nearby Sainte-Adèle.  Chef and co-owner Anne Desjardins is renowned across the province for using local produce and her restaurant is one of very few with Relais & Châteaux prestige. The cheese course was ridiculously divine and we inquired as to the origins. Our servers sent us to find Yannick Fromagerie and off we went, nose first, in search of cheese gold.

We were not unlike the stars of the British comedy, The Trip, screening tonight at the TIFF Bell Lightbox in Toronto as part of the Food on Film series. Tonight’s screening will also include insight on the film from Saveur editor-in-chief James Oseland.  If NYC or Quebec are too far, then travel on screen instead across northern England with the stars of the film, two nut bars in search of great food.