Free to be… for a new generation. 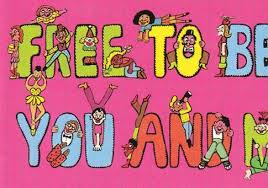 If you grew up in the ’70s and ’80s, you learned that it was all right to cry, even if you were a boy, and it was okay if William wanted a doll. These ideas stemmed from Free to Be…You and Me, a wildly successful book and album, created by actress/activist Marlo Thomas and her celebrity pals to celebrate individuality and challenge gender stereotypes.

I’m fairly certain every summer camp across North America with a makeshift stage and an exuberant drama counsellor staged a version as we did at Camp Oconto, a girls camp near Kingston, Ontario. 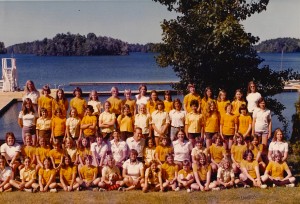 That’s me, dead centre, in the braids, dorky and thrilled to be alive.

As part of the camp cast, I didn’t know or care much about stereotypes—yet. Still, I sure sang the guts out of When I Grow Up. The world was mine, or at least a well-worn wooden stage. 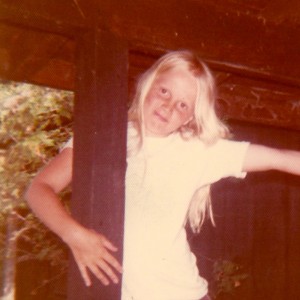 Roberta Flack and a very young, unchanged Michael Jackson sang the same song a bit better than me.

Stashed safely away practising duck dives and lining up for tuck treats, none of us heard the pounding on the pavement, but the world was changing. Women were abandoning scripts and making up their own lines. Skip ahead a couple of decades and I’ve memorized the play even as it has a couple of false notes, for all the dreamy suppositions.  Yes, William is allowed to play with dolls but does he want to? All sorts of specialists tie themselves in knots over that one. His sister has learned to lean in but she hasn’t decided how far. Ask any young woman about ambition and an expanded work/life balance and many of them will look at you sideways.

Still, it wasn’t just nostalgia prompting me to play the songs and stories for my own girls.  They needed to hear yet about Princess Atalantis who could “run as fast as the wind and could build things and fix things..” Theirs was a world beyond the Disney castle and this was a handy narrative-as-teaching-tool.

Today marks the 40th anniversary of the prime time TV special. Members of the original cast and creative team will celebrate tonight at the Paley Centre for Media in NYC and the event will be live streamed.

How will kids of today respond? Most of it is timeless.

It’s all right to cry

It might make you feel better
Raindrops from your eyes

Washing all the mad out of you

Raindrops from your eyes

Though the feelings may be strange

Feelings are such real things

It’s all right to cry

It might make you feel better
It’s all right to cry, little boy

I know some big boys that cry too.

Loving your brothers and sisters never gets old.