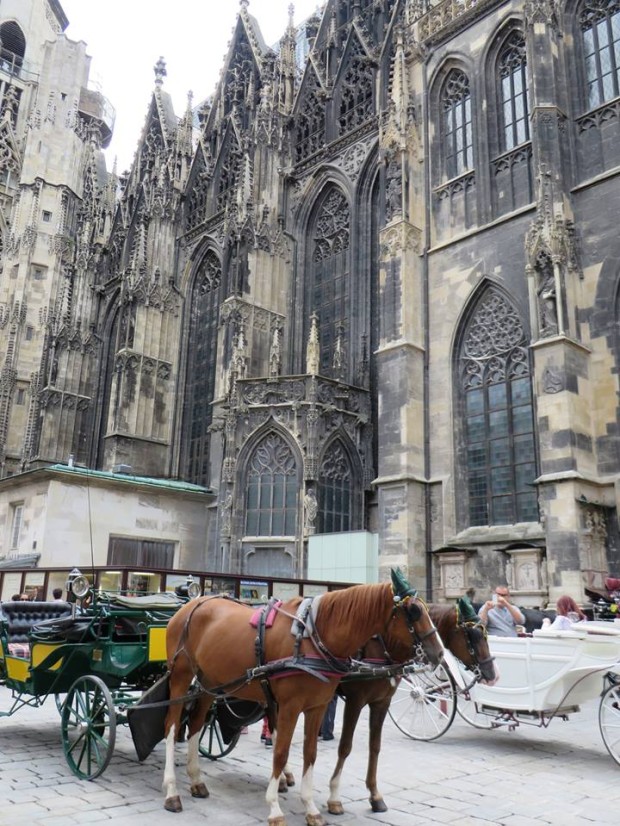 Much as I’d like to be able to judge a city by pastries and filtered coffee, I do concede the quinoa crowd may scoff. Where we will come together, toned and tubby alike, is ground less caloric, yet richer than any torte.

Vienna is culture at its most transparent and for a Canadian, circa 2013, it slams you upon entry.

How does one feel places unknown?  Do we read travel books and websites that point us to wonders? Pick up audio guides while we gape at great works of art?

Hound concierge staff, hoping for unsullied directions? Ask those who’ve travelled before what should we see?

I admit to all methods but then I get the most from hopping on a city’s transit system to see how residents are pumped through its quarters, wandering boulevards to fall in step with locals, looking at shoes, posture, gait, affectations, applause, peering in the shop windows, watching families on a Sunday in the square. Checking out the men-old habits die hard.  In Vienna, at our hotel, all the men wore jackets, many of them Tyrolean coats, to breakfast.  We forgot our finery.

On the ubiquitous hop on/off bus tour, the audio playlist buzzed through my ear buds: Mozart, Strauss, Beethoven, Brahms, Haydn-all either born here, or wrote some of the world’s greatest music here and the tour guides and everyone else in the country want you to know it, want you to hear it. Easy to do with four opera houses and numerous concerts: we heard Mozart’s greatest hits at The Golden Palace along with a few thousand other gullible tourists. I resisted waving a baton from my seat but it was tempting. Strolling to work off the schnitzel, we stopped by the Vienna State Opera where the production inside the house was playing outside the house on a massive screen. Camped out on blankets and rows of chairs, getting their opera buzz for free, a few hundred of all ages on the sidewalks. Tourists? Maybe some but they were hardly there for the gimmick. Wagner’s Tristan und Isolde was the live show and many of them were rooted for the long haul, like my very own opera fanatic, who kept telling me “just one more aria-then we’ll go.”

On the sleek streetcars, we watched bikers keep pace in wide boulevards, and looked for congestion, finding none. The global consulting firm Mercer has ranked Vienna the best city in the world for excellent living standards and surely the merry dance of car, bike and streetcar is stunning to behold when you come from a city fixated on a rotund suspected crackmeister.  We never saw street litter, crop tops, Lulu gear, tight jeans or panhandlers. Were they whisked away, Giuliani style, to corners unseen?  Instead, there is low crime rates, no slums and 450 carnival balls a year. One night, we stepped into the dusk, and almost headfirst into a parade of glittering gowns the likes I’ve never seen, en route to the Fête Impériale, to raise funds for the protection of Europe’s oldest cultural horse breed, the Lipizzaner. I wish I had snapped photos but I was in full on stare mode (and yes, checking out the shoes again..and the gowns).

The birthplace of the waltz and operetta is also a central meeting point for international congresses and they have their pick of vast, grand spaces and architecture from the Middle ages to Baroque. We spent an afternoon at the Kunsthistorisches Museum, commissioned by Emperor Franz Joseph I to house the art collection of the Habsburgs, and came out staggering from the weight of all those masters. 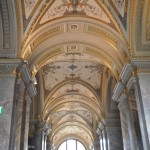 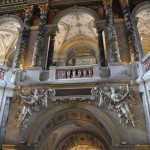 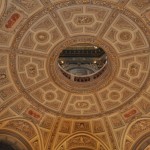 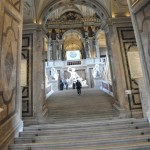 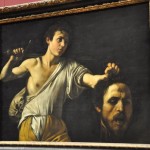 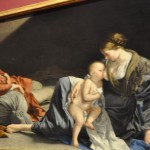 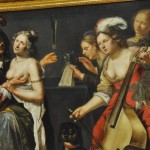 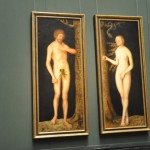 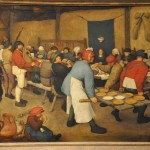 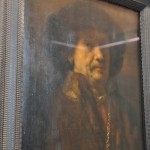 Another afternoon was spent with Gustav Klimt at the Leopold, in the MuseumsQuartier Wien, a massive complex of modern art, where acrobats practised flips and toy boats whizzed in a man made pond amidst colourful outdoor furniture called “enzis”. On a streetcar out to the Sigmund Freud museum, we met an American cameraman in town to shoot a European version of CSI. He spends 6 months a year here and tells us he loves the wagon wheel design of the city districts, adding ‘it’s a nice change from Vegas”. Would Vegas have a crowd like the one packing the Stephansdom for morning mass where my daughters’ school choir, here on a summer concert tour, performed in the same space Joseph Haydn was a choirboy? The girls in their gowns singing Frozen in Frobisher Bay, a stunning song about whaling in the Canadian arctic, was my perfect culture cluster, resonating here in this historic cathedral that stands in for Vienna in postcards at every stop. Late one evening we were sent by our concierge to what he described as the best street food in the city. Thinking of the North American hot dog stand, I wasn’t overly keen. Steps from the opera house was Bitzinger’s Würstelstand with a variety of delicious sausages; sliced on a serviette or stuck in long baguettes, could be washed down with beer or wine, in a glass if you preferred. Lined up around us were groups of teenagers, clubgoers.The guys were in suits, straight pants, slicked Euro-dos, their dates in stylish dresses and heels. The opera had just let out and people were streaming the streets. One middle-aged couple exiting the opera house approached the mass of bicycles locked up by the sidewalk. He pulled out what appeared to be a leather “murse” and handed her some flats. She, at least sixty but trim, elegant, took off her heels and put them in his bag. They hopped on their bikes and went into the dark.

It is, of course, the sum of its parts and Vienna is nothing short of beautiful efficiency. If there is formality in the dress and step of culture, it is at once dense and open, historic and new.
For all the cobbled corners and gothic arches, the place felt like advanced living.

The Globe and Mail’s Margaret Wente says Toronto is masquerading as a 21st century city.  Vienna has it figured out. They only need their masks for the ball.

* Read my post on Viennese treats when not hungry.

Next up: how I would rejig the Sound of Music tour in Salzburg