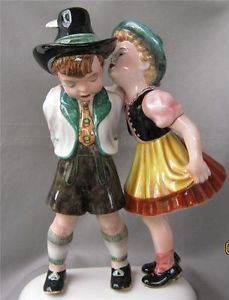 Oh Vienna. You disappoint me. I was enthralled with your charms a few months back. Your sweeping, gorgeous avenues, your strudels and sweet soundtracks that echoed for weeks after I was home. But how could you, the city everyone raves is so liveable, get fussed about kissing?

Authorities in that fine place have asked public transit riders to be “more considerate” when kissing on buses and trains. A public information film produced by Vienna’s transit firm depicts examples of “inconsiderate behaviour” including, gasp, “kissing untamed”.

What is the opposite of untamed kissing? I don’t want to find out.

This is the same city that saw a flash mob of kissers for world peace.

Back in the  wild world of New York City, at least one photographer thinks public smooches are arty enough for his lens. Photographer Matt Weber has spent three decades shooting the streets of New York and says he loves capturing a happy moment amid all the loneliness of that city.

“Occasionally, it’s over the top. Young people tend to do that-spend half an hour groping. Maybe it’s not exhibitionism so much as being overwhelmed. The first time you fall in love as a teenager is a really powerful thing.”

You can find his photos here

Here’s to groping in daylight, under the stars or on the back of the bus. Phooey on the ‘get a room’ bunch of you.  Find someone fast and give them a peck. Just remember to wear your pants or you might get some grannies in a stir. Think Bridget Jones running after her man in the snow in her undies.

A wee postscript: Bridget Jones may not have any more public gropes in the near future. Mr. Darcy has been killed off in the upcoming third instalment of the best selling series. I’m not spoiling any endings: the book opens with the romantic idol six feet under. Sorry to ruin your supper.

Go back to those photos. You’ll feel better.

Recent Vienna posts you may missed: