In the garden with Joni 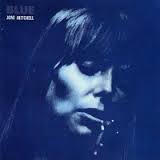 I was at Woodstock last night, hands clasped, mouthing the words.

caught in the devil’s bargain

And we’ve got to get ourselves

back to the garden.

I was just out of diapers and unaware of any cultural touchstones, but last night, I was there at Woodstock for a moment. It was the Woodstock conjured and penned by Joni Mitchell, here in Toronto at Massey Hall for two nights of tributes at the annual Luminato Festival.

Mitchell herself wasn’t at Woodstock either, but her song— sung last night with help from Rufus Wainwright, Glen Hansard and Kathleen Edwards— is surely the 1969 festival’s defining hymn. There on the Massey Hall centre stage, following an evening of diverse interpretations of her vast songbook, stood the near seventy-year-old artist, taking us all down the road to that famed farm field, holding us captive, for a brilliant moment, in her hands. It was those hands, at one point diving into her pocket to pull out a cigarette—Mitchell has smoked since she was nine years old —that mesmerized me, twitching in time, strutting invisible chords, swaying and spreading over keys as someone else played in this band of hand-picked musical monster talent.

Mitchell appeared delighted to be back on stage after a ten year absence and the disciples in the sold out house cheered and roared as if she’d never left.

Of course, she’s never left my household, car, turntable, tape cassette, CD player, iPod, or my head. Joni is my oldest friend and medicine woman, and last night, she remained a voice of truth and wonder. Her voice has the hallmark cadences of her youth, if not the high registers, and she channelled her own long musical history as she told us she wasn’t sure she could sing but she thought she should try.

Here were no coy showbiz shenanigans. Could this really be unfolding in front of me? In our PhotoShop age of branding, was it possible to see this rare bird take flight, unencumbered by industry, creating magic there on stage? Yes, we had heard all the others do Joni.  Now it was time for Joni to be Joni as she became, through a poetic recitation,  Emily Carr in relentless rain in the B.C woods,  or the almost feminist as she quipped, before singing, Since I was seventeen, I’ve had no one over me from Don’t Interrupt the Sorrow.

No one over her. Not even close.

Well maybe it is just the time of year,

Or maybe it’s the time of man.

But you know life is for learning.