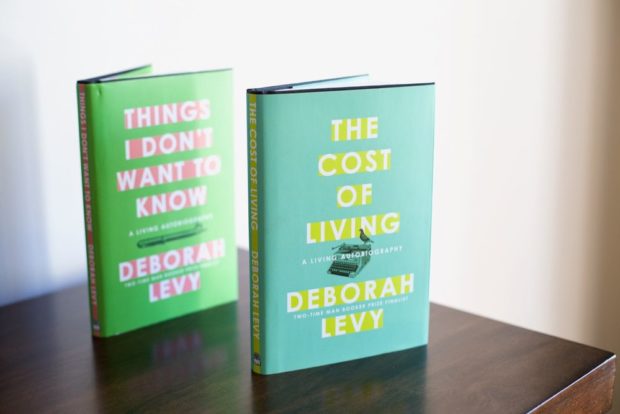 Freedom is never free. Anyone who has struggled to be free knows how much it costs.

Deborah Levy is in my head. Playwright, novelist, poet: Levy has worked in many genres and has twice been shortlisted for the Man Booker prize. I have just read the first two of what she calls her living memoir. She isn’t the first writer to do this nor will she be the last. Still, there is something in the reckoning of the age; in the gathering of her life as she dismantles and builds again; yes, something has caught me in the here and now.

Perhaps when Orwell described sheer egoism as a necessary quality for a writer, he was not thinking about the sheer egoism of a female writer. Even the most arrogant female writer has to work overtime to build an ego that is robust enough to get her through January, never mind all the way to December.

When we kissed, I knew we were both in the middle of some sort of catastrophe and I didn’t know if something was starting or if it was stopping.

Levy was born in South Africa in 1959 and moved to Britain in 1986 with her family. Her parents divorced eight years later.; all detailed in these memoirs with stunning clarity.

As my tears dripped on to Sister Joan’s holy veil, I thought about how she had shaved off her hair, which she called her weeds of ignorance. She had told me to say my thoughts out loud but I had tried writing them down instead. Sometimes I showed her what I had written and she always made time to read everything. She said I should have told her I could read and write. Why hadn’t I told her? I said I didn’t know, and she said I shouldn’t be scared of something ‘transcendental’ like reading and writing. She was on to something because there was a part of me that was scared of the power of writing. Transcendental meant ‘beyond’, and if could write beyond, whatever that meant, I could escape to somewhere better than where I was now.

Autumn is time for juicy dense work so perhaps these slim volumes will disappear in my head among the other hot titles on my reading shelf. These are not the stuff of burrowing by the fire to travel as the flames flicker. They are lightening rods, as the best kind of writing is, both personal and political. These are the books you lend out to all your friends as it’s all of our stories, in part, in full, in tone and nuance, in fury, and wonder too, in the culture we inhabit. 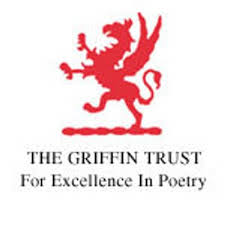 Missed the Griffin this year but wowed nevertheless when I heard this year’s winner.

Congratulations to Billy-Ray Belcourt who wins $65,000 for his first ever poetry collection This Wound is a World.

Belcourt hails from northern Alberta and is the first First Nations scholar to be selected as a recipient of a Rhodes Scholarship.

I don’t hear everything but I too fall in love with the trees.

A nation of readers 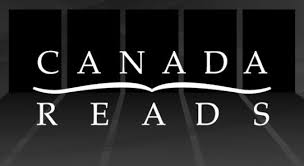 Next week across Canadian airwaves comes a reality show featuring contestants getting up in each other faces about…books. These are my peeps. Are they yours too?

END_OF_DOCUMENT_TOKEN_TO_BE_REPLACED 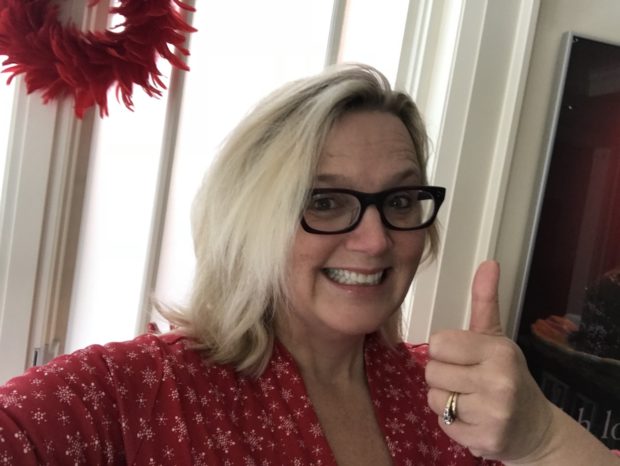 I’m staying in tonight. Spending the last day of the year with my main squeeze, my only squeeze, who has mopped the floor three times this holiday season and knows how to make a bed better than any hotel maid. He has many tricks but these are two you appreciate after a long marriage. That he makes me laugh daily is why this party girl is content with our plans to cook up Nigella’s champagne risotto and tick off happy moments in our cosy abode. I promised him chocolate mocha creme brûlée. I too have other tricks but that’s one of them.

Last day of a very rich year. Rich in lessons. Rich in moments. Rich in howling at the moon or the tv screen.  A year I almost threw my phone in the toilet for surely nothing good was worth reading on it, or in my still-delivered-daily newspapers.

On the first day of this year, I made a toast with my family present, a toast to buoyancy in heavy times. I’m thrilled to say I think we made it. The world is not broken. Aim for the light.

Here is my Best of 2017: or what I can remember after the holiday coma.

Favourite moments on the page:

Favourite moments on the stage:

Favourites on screen: A near impossible task for this film nerd as you regular readers will know by now. Best place to start is my Scrumptious Films list from TIFF 2017 for my favourites, many now released in theatres.

In addition, these films all impressed and moved me in some way:

Favourite moments lived (in no particular order because memory doesn’t work like that!) 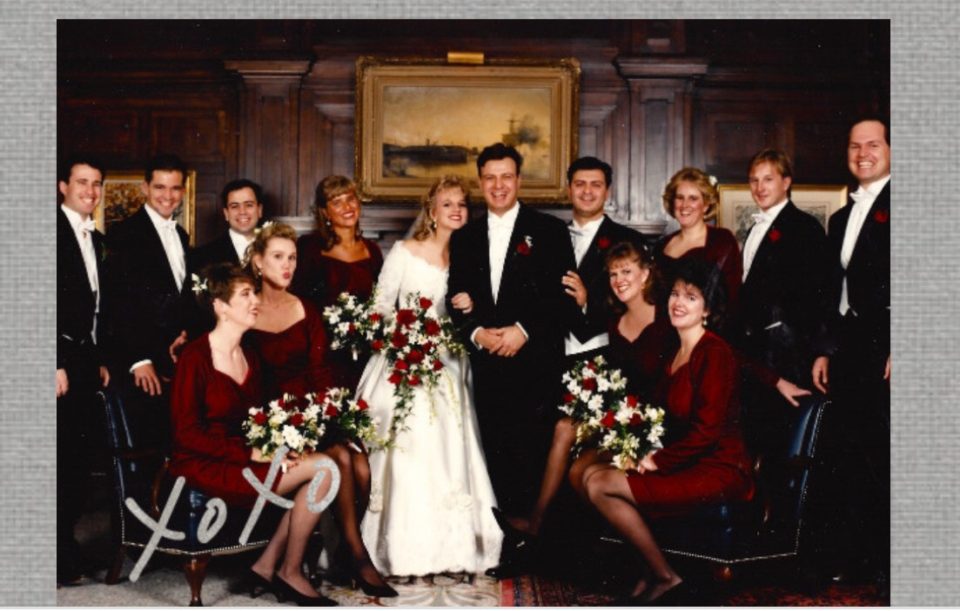 There are things that, as a parent, you cannot do for your children, as much as you might wish to. You cannot make them happy (if you try too hard they become whiners); you cannot give them self-esteem and confidence (those come from their own accomplishments); you cannot pick friends for them and micro-manage their social lives, and finally you cannot give them independence. The only way children can grow into independence is to have their parents open the door and let them walk out. 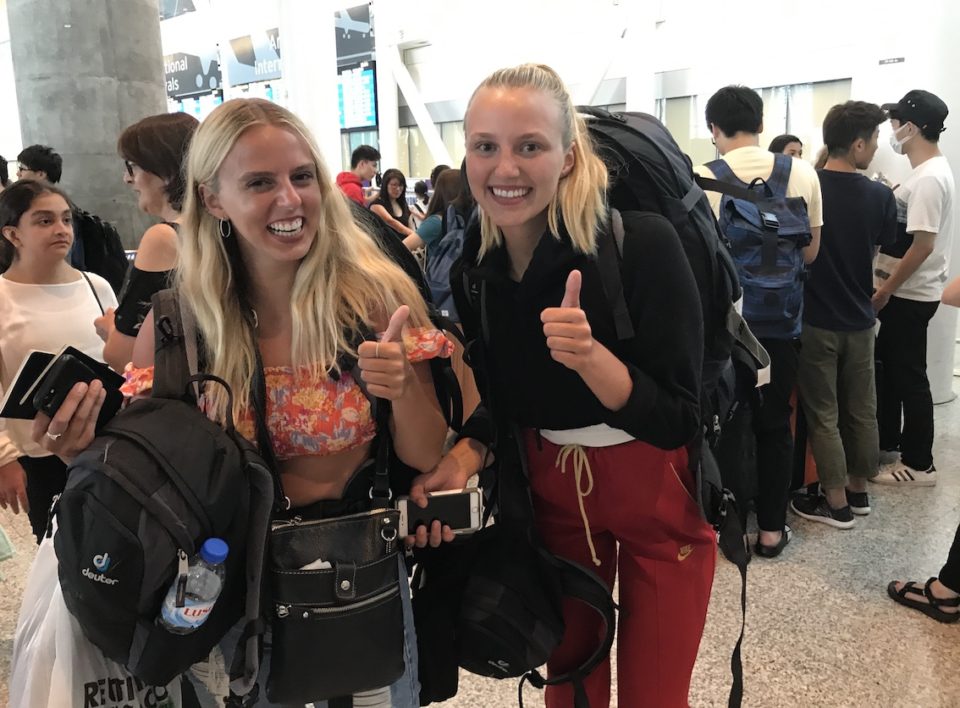 I wish all my readers a magical year ahead. What adventures will it hold? I know one thing. It will be more fun with you along. #WeRallinthistogether

This is us: the sugar version 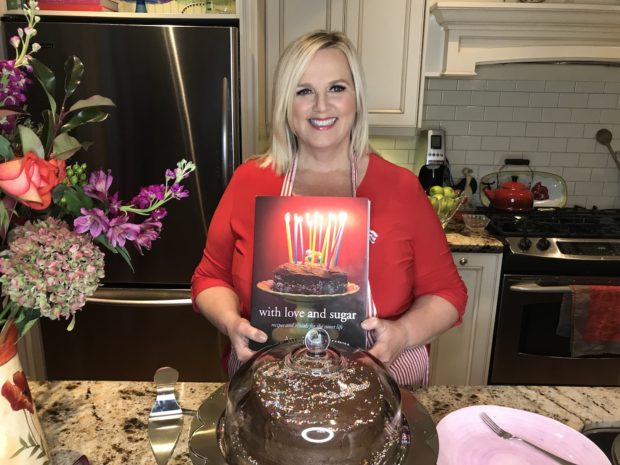 One year ago I was at a bookstore signing copies of my brand new food memoir. It’s been a wild ride since; some of it away from my home office as well as my kitchen, thanks to a summer house flood that rendered the place wonky with exactly the wrong kind of mayhem.

Houses mend, as do spirits. Before too long, what pained becomes a mere blip in a year resounding with buoyancy.

December is now here and with it, a house full of red and readiness (almost) for family and friends coming home for the holidays. Oh how gorgeous that sounds: home for the holidays. Someone should write a song/book/film/play about it? Wait…what? You say it’s been done already? Well then, I’ll just focus on my own version: another shipment of my books has arrived, marked for new readers. Are you one of them? My store is here. It’s an easy process and you’ll have your books by Christmas* if you order by December 18th.  with love and sugar home for the holidays.

Here’s a little film I produced* to give you an idea what’s between the pages. You already know the film nerd. Now meet the home baker, owner of too many aprons and a kitchen never this clean.

*Baking cinematography by Gayle Ye. Editing by Sydney Cowper. Home movies by me. I’ve been making movies off and on for years since the days of sitting with brilliant editors at Global Television in my first (professional) iteration as a storyteller. My love for the medium began in a scholarly forum, but my homegrown offerings are anything but: my films are little peeps—making them hatch is my happy place, second only to spontaneous lick-the-spoon soirées with my favourite humans. Sorry Lucy, dogs can’t have chocolate.

For Canadian orders only. Outside of Canada, email me at annehome1@rogers.com for your copy. 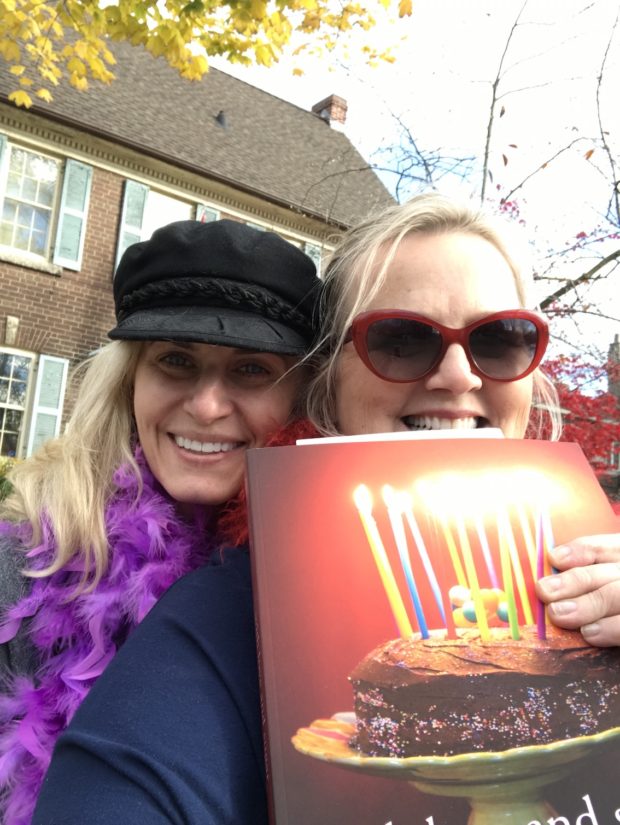 All you need is…donuts? A short message from Anne.

See here for information on how to order Landed

We’re all in it together, folks.

Our guest blog today is courtesy of Janet Land, a Toronto actor and author of a fascinating new book sure to entice history buffs. 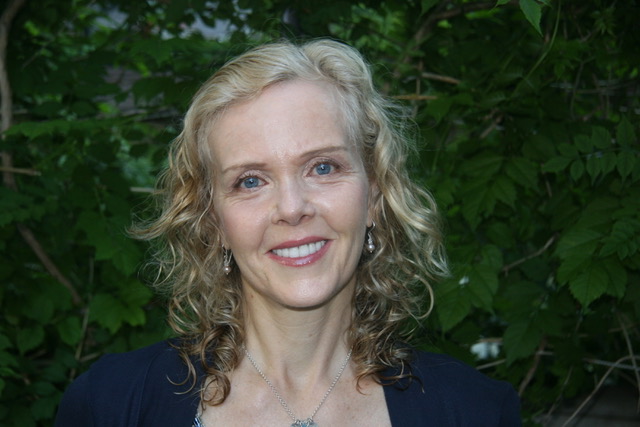 My father, William “Bill” Land, served in WWII and kept a journal, which I fortuitously discovered some years ago. I wanted to share his unique experiences with a larger audience to contribute to WWII awareness. From the culturally diverse places Bill was stationed in, to the people he met, to his surprising observations along the way, I was compelled to document and share these findings as examples of humanity during a time of such global conflict.

END_OF_DOCUMENT_TOKEN_TO_BE_REPLACED 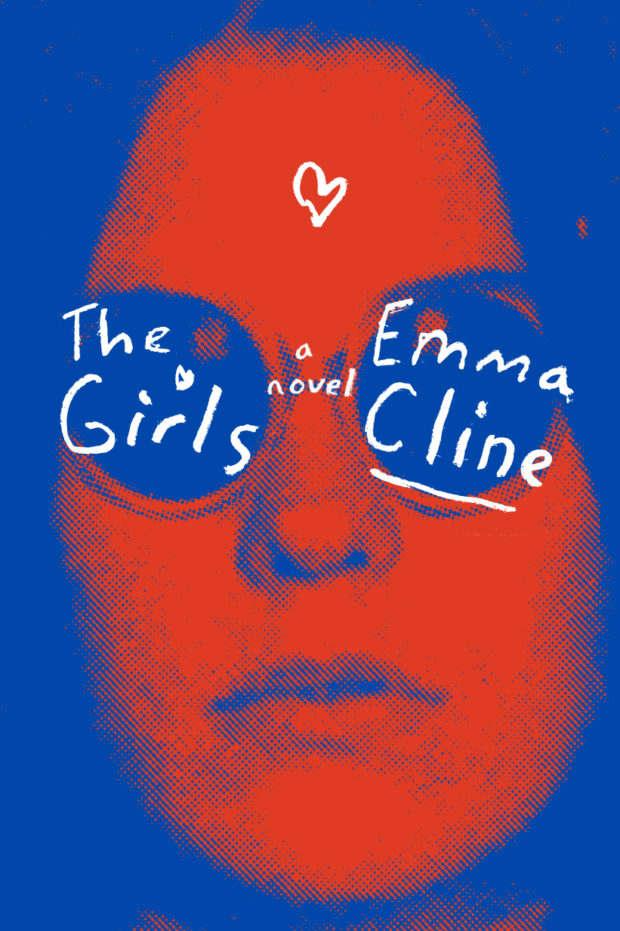 What happens when you grow up with the Bogeyman narrative playing out large in the culture around you?  Literary darling Emma Cline grew up in California where the Manson drama was the defining event in the zeitgeist of her parent’s adolescence. The story of the charismatic sociopath was too familiar to her as a novel protagonist so she decided to focus on the peripheral players in the story, and conjured up a character who might have been on the sidelines of a dangerous cult. This became the starting point for her critically acclaimed debut, The Girls, which kept me enthralled on my sickbed this week.   END_OF_DOCUMENT_TOKEN_TO_BE_REPLACED

Have you read a poem lately? 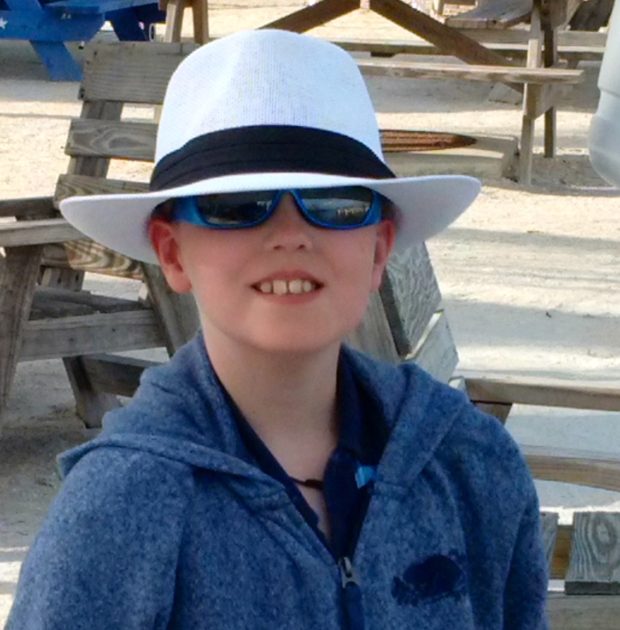 April is National Poetry Month.
We almost missed it, didn’t we? There are so many distractions in this fine city. Last night I was at Hot Docs 2017, with Last Men in Aleppo. There are two more screenings of this. Highly recommended. I cannot think of anything else this morning.

Thank goodness for Henry, a clever boy I love, who gave me one of my most favourite gifts ever last year: a collection of his own poetry.

For more on poetry…

from a year ago:

The profane and the sublime

from two years ago:

from three years ago:

from four years ago:

from five years ago:

We were all children once

PS. The Handmaid’s Tale begins this Sunday on Bravo!

2016 was a year to say goodbye to my youngest off to university, and to my childhood home where my parents lived for almost six decades. A year of frights that came deep in the night, some that lingered longer than others: my mother and my oldest child suffered accidents, as did my father-in-law. Caring emergency workers and excellent medical supervision mean we have them all yet to cherish this holiday season.

We will toast them tonight, but first, a peek at some of my favourites of 2016: 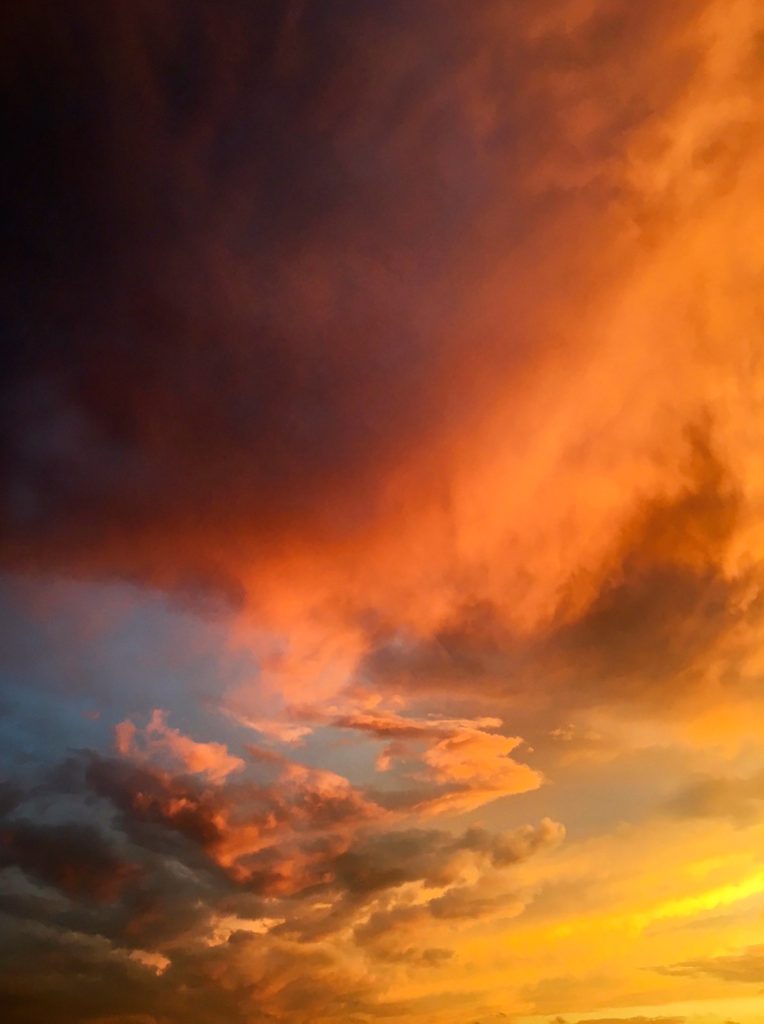