A moment for Mercury 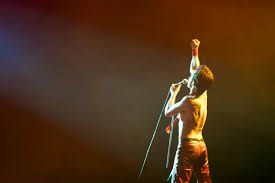 He’s having a moment, Freddie Mercury is. Playing currently in theatres is a wonky bio-pic of Queen, Bohemian Rhapsody. For those of us leaning into nostalgia, the film serves as a glorious reminder of stadium anthems and communal moments that don’t exist anymore. Performance pieces make the film imminently watchable, but let’s be frank for Freddie, shall we? It was all about him.

Mercury was a complex figure with enormous talent. The talent gets some play; complexity not so much. This is a safe movie. Mercury was anything but safe. Throughout the film, constraints are tied around this portrayal, making it entirely devoid of any risk, despite actor Rami Malek’s shiny efforts. Don’t see it for the story. Fact checkers have been busy pointing out timeline errors, some of which are sizeable.

The film posits the band’s performance at Live Aid coming shortly after a break-up,  after Mercury discovered he had Aids, when in fact, Mercury received his diagnosis a few years later. What this lends the film is dramatic tension, but it’s a false timeline. That kind of manipulation is common: it’s called dramatic license but it annoyed me as did the shepherding of Mercury’s sexuality. What those of us who lived through these decades know is that rock bands are of their time; none of that is explored here. No context. No risks. What is art without risk?

Still, see it for the music, albeit a fraction of the band’s catalogue, and see it on an Imax screen. The Live Aid performances portrayed in the film are spectacular.  See it for Rami Malek. His commitment is considerable here; nothing short of riveting. I see a lot of performances, year in, year out: so many actors strutting their stuff, yet there exists an elite group (and yes, I know elite is a dirty word these days), a tiny group: those that bring it every time: complete, to-the-wall, raw truth. I believed him. His performance may be truthful; but that’s where it stops. 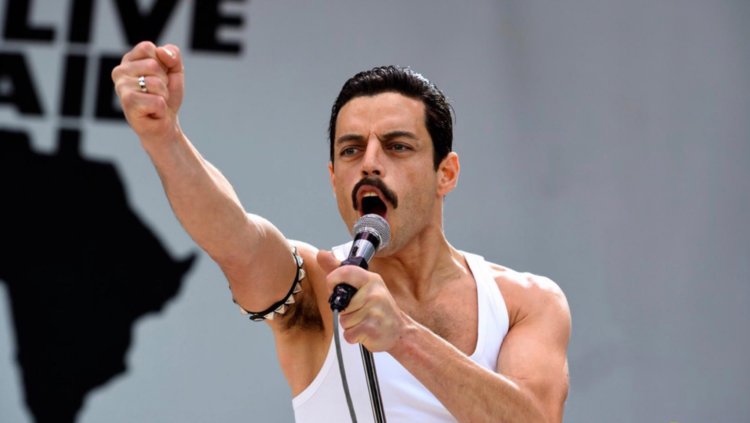 There are some fascinating peeks available here and there about Freddie Mercury, including this 1982 interview. If you love Mercury, you’ll love this. Here’s the real Freddie.

Finally, if I wasn’t a Queen fangirl, I would have boycotted this film entirely. Why would a major studio hire a known prick to helm this? That’s a rhetorical question. Think of all the hopeful female directors without work, without opportunities. Sigh. #timesup. Nope.