Be wary of melting cheese 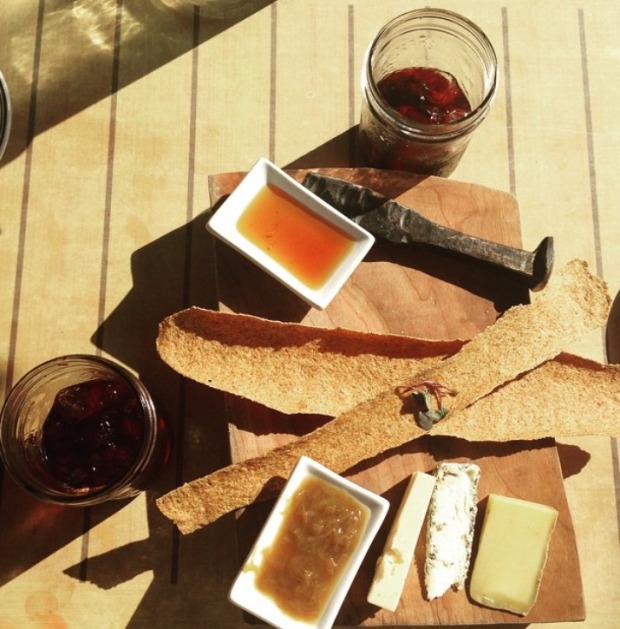 Taking in two productions at Stratford in one day requires a little cheese.

We planned a pit stop for just that at Montforte Dairy’s back patio restaurant. A mason jar each of fruity sangria, a cheese and charcuterie plate, some seasonal greens…maybe a scoop of their sublime buffalo milk ice cream?  All delivered and savoured in what the restaurant hopes is an  “under the radar” space on Wellington.  Not so much with the festival’s artistic director Antoni Cimolino tucked into a corner. Etiquette prevented me from interrupting his own cheese tête à tête, but I would have liked to ask him, in between our outrageously good bites, if the scheduling of a musical and tragedy is as winning a formula for the festival as it appears.

The company’s production of The Sound of Music, our first show of the day, is highly choreographed-no surprise there from superstar director Donna Feore. The cast are in key, so too the dancers, including all seven of those Von Trapp children, who leap and pirouette prettily in admirable form. My four year old niece was happy enough, singing along from her booster seat to the familiar songs. I was tempted to join her, presumably too this matinee audience packed with young children, parents and grandparents all settled in for an afternoon of magic.

It came sure enough, but not until we were seated once again in the same Festival theatre for Hamlet later that evening. For all the precision and gorgeous voices,  this Sound of Music production suffered, ironically, from too much effort. Try too hard with syrupy material and find it melting. And so here we had our cheese course early. This isn’t the challenge of Stratford alone. Truth be told, The Sound of Music, as a stage production, is flawed from the start, with the balance between dark and light tipped way over. And then there’s the colossal weight of that movie.

Seated next to me, my 20 year old, weaned on her own steady diet of performance, whispered, I can’t wipe Julie Andrews or Christopher Plummer from my head.  Ah yes, the movie.  A fine cheddar?

We’re soft on the film in this house, all of the sop and silliness-the film poster is on the wall in our movie hall in the basement.  Watch a talented and energetic cast dart about a theatre stage singing Do Re Mi and, sigh, all I could think of was that unbeatable scenery in Austria. Unfair? Of course. No theatre production can match it.

On location glorious scenery isn’t the only thing missing from this Stratford production. The only characters I believed were Max Detweiler, played with panache by Shane Carty, and the nuns. Truly, the best reason to see this show are the nuns and their rich voices, led by Canadian opera star Anita Krause. The rest of the cast, led by American actor Stephanie Rothenberg as Maria, are guilty of hyper-staginess. On the cringe meter, a ten out of ten. 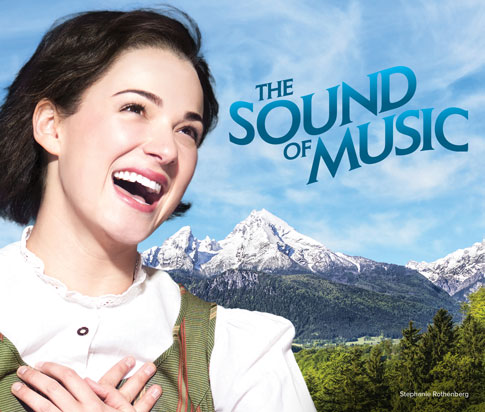 Rothenberg is blessed with pipes to sell all those familiar songs and is certainly charming enough, in her opening number, singing The hills are alive while lying on her back, presumably in daydream mode. After that, I wished for little less charm and more depth. Two key scenes provided a litmus test of success. When Maria returns to the children, after fleeing the Captain upon discovering she is in love, she picks up the verse of Raindrops on Roses and sings it out with the children as they run to her in surprise and delight and form a group embrace. It is one of the key emotional turns: the audience must feel the joy of these children now reunited with their beloved governess. The second is the only real love scene in the story (Liesl and Rolf a mere flirtation in the gazebo) as Maria and the Captain confess their feelings for one another, and sing together Something Good.  Every time I see the movie, I gulp a little, even as I know this is all a lovely gooey brie. In the Stratford show, I didn’t feel much at either point. Missing entirely was any romance. Romance comes from lighting, stage direction, acting quirks and chemistry. A million nuances come together and create magic.

What did work was a grand dramatic gesture at the conclusion of the show and I’m not mean enough to spoil it for all you Do Re Mi fans.

After our double cheese course (the show, then the dairy restaurant), we were ready for Hamlet.

Director Antoni Cimolino deserves great credit here for a production with a thrilling pulse. Scenes unfold one after another, in an energetic pace that left me breathless. Think Shakespeare is dull? Not here, not for one moment. Every dialogue set piece, every dramatic turn fully realized, with a cast, one of the best I’ve seen ever at Stratford, squeezing the heart from this classic and splaying it on the stage. As Hamlet, Jonathan Goad is magnificent, imbuing all the famous monologues in this play with new meaning. 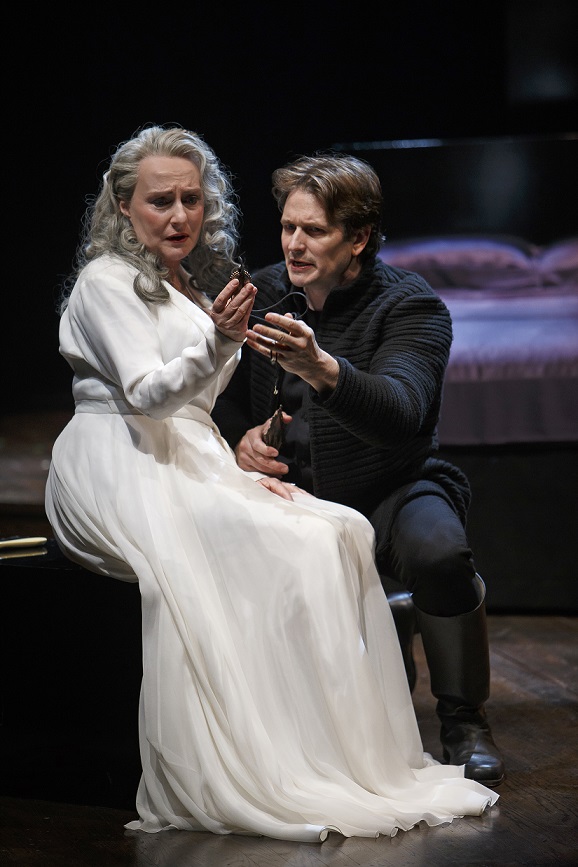 I forgot I was watching a 400 year old play and instead was enthralled with an intense and warm rendering of a classic.  That same 20 year old companion, earlier missing an old movie while watching a new staging, was on the edge of her seat beside me. Forget the hills of Austria. It is these characters that were fully alive.

0
Free your mind, blow your mind
Gasp of life