Holiday films: A howler and a hoot 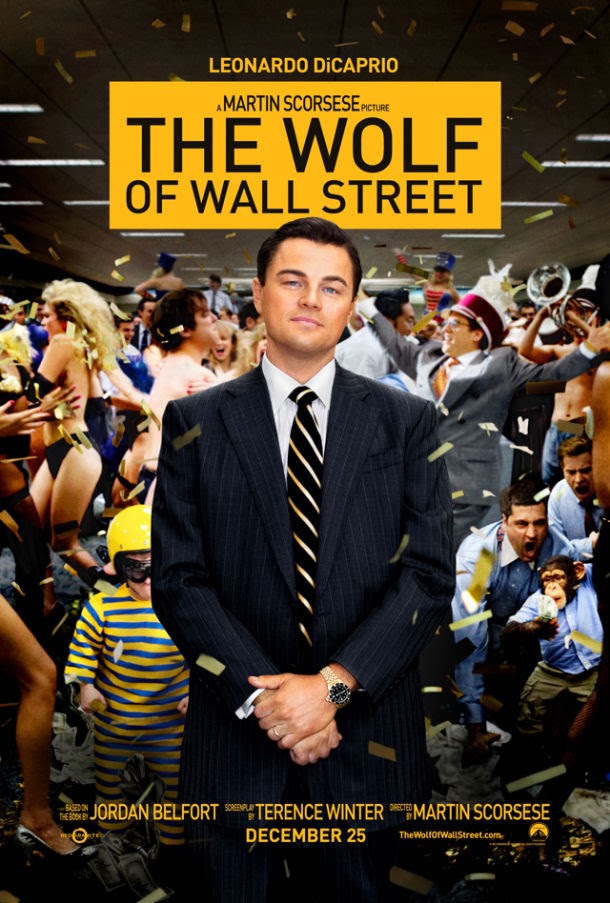 Oh Marty, where art thou?

That Martin Scorsese is a cinema giant should not cloud an immediate and visceral slam of his recent film, The Wolf of Wall Street.

Watching the film was three hours of my life I wanted back.

That’s hardly the worst of it, and not the first film to be offensive to women (you think?)

I have admired Scorsese’s work before, loved it even, but this film didn’t do it for me,  put off as I was by the misogyny. Immediately, I regretted bringing along a group of younger film fans, eager to see Leonardo DiCaprio strut.

The story itself is bloated to the extreme. We are offered up Jordan Belfort, a New York stockbroker revelling in feeding his greed as a bloodsport. So far, so good. No need to like the protagonist—villains make for great entertainment, even pathetic “wolves” like Belfort. Early scenes were thrilling; Matthew McConaughey, continuing to show the world he is far more than People’s Sexiest Man Alive, delivers a hilarious speech about drugs and masturbation to his protegé, Leonardo DiCaprio. Direction of that scene was clear: we are being sharply satirical here and I sat back, sighing yes, a master is at work.

From there, Belfort’s “rise” is just that, a rise, and the fall, empty with no bite whatsoever. There are no lessons here, no voice of reason to give us pause on the spectacular, endless debauchery. The FBI makes a brief flutter but that’s all it was in a landscape of junk. Ok, so what are we supposed to take away? There is no redemption for scuzzballs like Jordan Belfort. But what’s the point then? Do we not know this already? We’ve seen this tale before in better form, with sharper satire.

In one curious and maddening scene, Jordan’s wife attempts to mock her husband with sexual teasing. The scene is hardly brilliant but works only as pornography. There is nothing we learn from it.  Scorsese’s camera swoops about with show-off flourishes. What isn’t clear is just what he’s doing with his other hand.

And what of Mr. DiCaprio? He too bored me. I never saw any insight or range. Here, his was the work of cartoon posturing and I was fighting to stay awake. Three hours of nothing new…that annoys me. I wished to be back in the theatre I was in earlier in the month, watching the fabulous American Hustle which succeeds in every manner that Wolf fails. 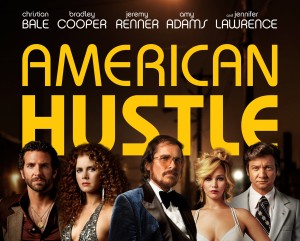 There are similar shallow types cavorting about the screen in American Hustle but I couldn’t take my eyes off any of them, so delicious was the delivery, set pieces, and soundtrack (that alone had me swooning). If Martin Scorsese needs to learn how to deal with female actors in the future,  he can watch Amy Adams and Jennifer Lawrence delivering some of their best work. Theirs were the kind of roles that make thousands of young women flock to Hollywood and point up at the Hustle billboard saying “I want to be her.” The energy and pace of this film had me exit laughing at the sexy cons and then realizing, on reflection, that there was so much else stuffed into the fun that I just watched a new classic. Relationships are developed and have their own movements. There is growth, humour, satire, romance, sex, and no shortage of insight-all the makings of a great movie. David O. Russell has injected heart into his villains and does that neat little trick of making his audience care what happens to them.

Christian Bale and his hair piece were far more interesting than Leonardo Dicaprio and his quaaludes.

But there’s a troubling whisper yet. Will the throngs that see Wolf come away admiring the gaudy jiggles? In my audience, there were no shortage of guffaws and wolf whistles. Laughing at this kind of tale is scary in a climate of economic uncertainty. Art should be provocative but, in The Wolf of Wall Street, we are given seats at the ring and the crowds are roaring for blood.  Scorsese is leaning way forward, seduced by his very subject. It’s what makes him a great director but here, he doesn’t pull away in time to point out we are drowning in our own trash.