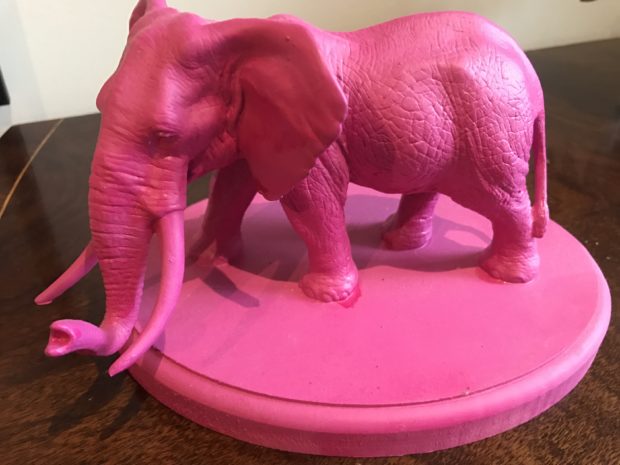 Scientists somewhere right now must be conducting lab tests on phone calls, and the human body’s capacity to absorb shock.

Perhaps in a future call, a publisher will be on the other end, telling me my manuscript was clever and the surest one they’ve seen all year. That will erase my theory that all such calls make a mockery of the dark: are they not always bad news?

It was a small voice on the phone in the dim hours:

Mom, I was in an accident. On my bike. I’m at the hospital. I will be okay.

And so to the hospital we raced, arriving to find no one in her assigned room. At the nursing station, I could hardly get the words out.

My kid, there, in that room. Where is she?

She’s been taken for tests.

What kind of tests? What is happening?

You’ll have to wait to speak to her doctors.

But can’t you tell me anything?

I’m sorry. She’s over 18. I assure you someone will be here soon to talk to you.

Eventually, I learned my eldest daughter had been hit by a car while riding her bike at twilight and had lacerated her liver. She would recover fully (quickly really), and finish her final year of university the following June. Six weeks following the accident; I published my food memoir; packed my youngest off to McGill and shoved aside the blink-of-an-eye gulp that followed to assist my siblings in moving my parents from my childhood home into a retirement facility.

It was a year like any other as a mother. Thrills and spills.

I didn’t know any of that in the hospital that moment in that darkened hallway in the early hours of a new summer day; a moment that hung suspended like all the others in my memory mobile, shifting in the wind. Faced with stonewalling from a medical team who have seen the shape of these overnight shifts before, I joined my mothering sisters around the globe, back and forth through time’s tapestry.

Twenty-one years of mothering resulted in a cosmic explosion. From deep within me came a rumble.

Then a roar; a roar so stentorious all the troubled patients in that ER that night thought it was their time to exit as the heavens had finally opened; a roar the filmmaker in me would now direct my imaginary effects crew to have the ground split into fiery chasms; a roar Kate’s father still remembers as he stood there, equally shaken and, unlike me, stoic; a roar that was not Shakespearean—anyone could grasp its supremacy; a roar uniting mothers of the earth to their wildest instincts; a roar fusing all the elation (and lactation) and sensations of a journey with no end. B there is nothing that will come between me and my babies.

Not even you, Nurse, there in front of me merely doing your job. Nurse, who doesn’t flinch when I roar from the depths of my being,

That furious roar was not my proudest moment but it was my purest. It will come again.

These two glories are proof.

Happy Mother’s Day. Thank you, Mom, for your instincts. Mine have never been foolproof, but, for the most part, they’re ready. To back away when necessary and to advance when needed. You gave that to me. Among all your gifts, today I am thankful for that one most.

2
Before Pippi, there was Astrid.
Rocketman, the first half