Turn it way up 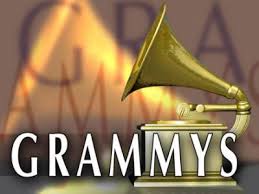 Monday morning blues?  Sing along then.

The best revenge is massive success.

Getting dumped was a wound British singer Sam Smith could handle.  The 22 year old won a slew of trophies at the Grammy Awards last night and thanked his ex publicly for breaking his heart. All that melancholy seeped right into a hit record, released nine months ago.  That kind of success guarantees his choice of collaborators and I liked his pick last night. Here’s the official video of his duet with Mary J. Blige. I include it as I can’t figure out what’s smoother? Their voices or their skin?

As live TV, the Grammy Awards are better than most but still, hours too long. Performances may be shrill or saccharine, with an excess of ego stomping all over grandiose stage set ups, each more outrageous than the next, and yet, there are always performances that remind us why we tuned in.  I was just putting away the last dish from the Friendly Greek’s birthday dinner held here Sunday night when I caught this performance. Suddenly we remembered why we have volume buttons on the remote. Amen.

60 year old Annie Lennox has passion and pipes those half her age can only AutoTune in if lucky. Here she is, in an earlier incarnation, proving that flair for the dramatic has been there through the decades.  See if you can spot the famous actors in this video featuring what I hope will be the dress code for my next bash.

Okay, so now you’re caught up for a good work day. Forget the rest of the show-meh.